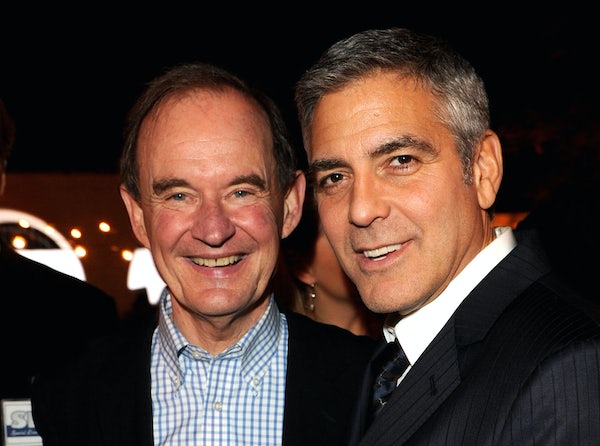 David Boies, one of liberal America’s most famous lawyers, has been caught up in the Weinstein scandal.

Long a powerhouse in American law, Boies has hitherto been most famous for representing Al Gore in the 2000 Supreme Court election decision Bush v. Gore, as well as serving as one of the solicitors who secured marriage equality in California in the 2010 case Perry v. Schwarzenegger. But now Boies’s resume will include a far more infamous achievement. As revealed in an expose in The New Yorker written by Ronan Farrow, Boies served as attorney for Harvey Weinstein, the Hollywood producer now accused of numerous cases of sexual assault and rape.

In his capacity as Weinstein’s attorney, Boies hired the private investigation firm Black Cube, run by former Mossad agents, to gather information on the women making those accusations. Black Cube spied on these women, using agents who pretended to be journalists or other interested parties, in a wide-ranging and expensive campaign of dirt-collecting for the purposes of intimidation and suppression. Black Cube was paid more than $500,000 for its services. Black Cube’s use of scare tactics also extended to journalists covering the story.

Remarkably, while working for Weinstein, Boies also served as a libel lawyer for The New York Times, which was investigating Weinstein, too. In his defense, Boies offered a nebulous argument, saying, “If evidence could be uncovered to convince the Times the charges should not be published, I did not believe, and do not believe, that that would be averse to the Times’s interest.” Boies added, “In general, I don’t think it’s appropriate to try to pressure reporters. If that did happen here, it would not have been appropriate.”

Boies seems to have some awareness that he is on ethical thin ice. As Ronan Farrow reports:

Of his representation of Weinstein in general, he said, “I don’t believe former lawyers should criticize former clients.” But he expressed regrets. “Although he vigorously denies using physical force, Mr. Weinstein has himself recognized that his contact with women was indefensible and incredibly hurtful,” Boies told me. “In retrospect, I knew enough in 2015 that I believe I should have been on notice of a problem, and done something about it. I don’t know what, if anything, happened after 2015, but to the extent it did, I think I have some responsibility. I also think that if people had taken action earlier it would have been better for Mr. Weinstein.”

Whatever remorse Boies has now, he’ll have to live with the fact that the work he did on behalf of Harvey Weinstein is a permanent black mark on his once-prestigious name.