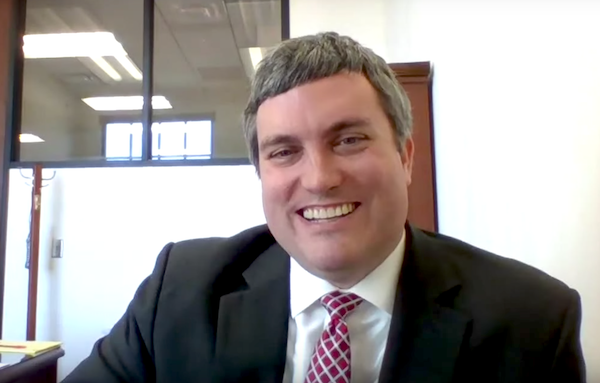 Trump nominated a ghostbuster for a federal judgeship.

In early 2015, Donald Trump, then a mere private citizen, decried the casting of women in the lead roles of a Ghostbusters reboot. “And now they’re making Ghostbusters with only women,” Trump said in a video. “What’s going on?!” Now, as president, Trump is redressing the problem by appointing a male paranormal specialist to a high position.

Brett J. Talley, Trump’s nominee to the Federal District Court in Montgomery, Alabama, is already a controversial figure because the American Bar Association claims he’s unqualified; Talley, a blogger, has never served as a judge. He also failed to disclose that he’s married to a White House official: Ann Donaldson, the chief of staff to counsel Donald F. McGahn II. (Donaldson is a witness in Robert Mueller’s investigation of ties between Russia and the Trump campaign.)

But Talley is apparently qualified to track ghouls and goblins. The Daily Beast reports that he was a member of the Tuscaloosa Paranormal Research Group from 2009-2010:

David Higdon, the group’s founder and later a co-author with Talley told The Daily Beast that he couldn’t remember specific cases they may have worked on together.

“Mainly we may go into a house between maybe 7 at night and 6 in the morning and stay up all night long and see if we can see what’s going on,” Higdon told The Daily Beast in a phone interview, when asked about the paranormal group’s work generally. “If we go into a private house, we mainly try and debunk what’s going on.”

Higdon said that 85-90 percent of the time, they don’t discover any kind of paranormal activity.

Aside from ghost-busting, Tilley also writes Lovecraft-inspired regional horror fiction. The true horror is that he may soon preside over federal cases.