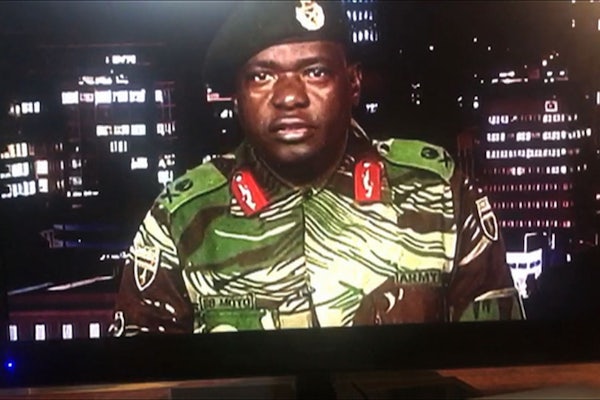 The coup in Zimbabwe is a throwback to an earlier era in African history.

The Zimbabwe military has seized control of the government, but they want to make clear that this is not a coup. “We wish to make it abundantly clear that this is not a military takeover,” Major General Sibusiso Moyo said in a televised statement. “We are only targeting criminals around him who are committing crimes that are causing social and economic suffering in the country.”

However disingenuous, this disavowal is itself a testimony to a significant change across the continent. From the 1960s to the 1990s, after the first wave of decolonization, military coups were rife in Africa. As a legacy of the colonial era, militaries were often the largest faction within government and had an outsized role in civil society. There has been a steep decline in coups in recent decades, with the rise of democratization and especially the emergence of multi-party competition in most of Africa. In 2013, the journal New Africa declared that “military coups are going out of fashion in Africa.”

If Zimbabwe is the exception to this trend, the blame lies with President Robert Mugabe, who has ruled as an autocrat since the nation gained independence in 1980, and he’s trying to install his wife as his successor. Mugabe’s harsh rule has left the military as one of the few opposition forces left in the country. With the president now under house arrest, the question is whether military rule will be lasting or temporary. “We are not in the 1960s and 1970s anymore, when coups in Africa were left, right and center,” political analyst Mike Mavura told The Washington Post. “I think [the military leaders] are trying very hard to appear progressive.” The real test of progressivism, though, will be whether the military permits quick elections.