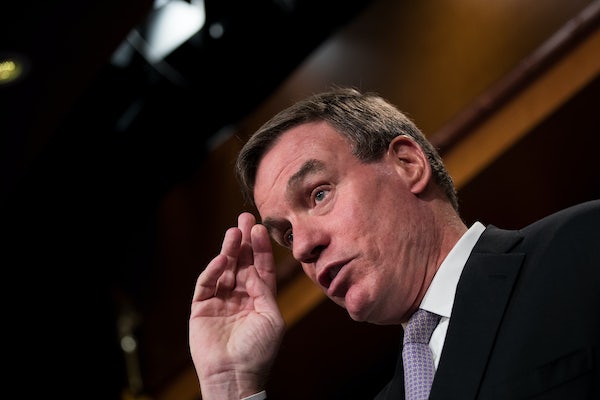 In these times of political division, it’s comforting to know that Democrats and Republicans can still agree on one thing: Banks are good, consumers be damned. In a heartwarming display of bipartisan initiative, Democrats and Republicans have combined forces to promote the interests of pay-day lenders. Representatives Gwen Moore (D-Wis.) and Gregory Meeks (D-N.Y.) and Senators Mark Warner (D-Va.) and Gary Peters (D-Mich.) have joined Representative Patrick McHenry (R-N.C.) and Senator Pat Toomey (R-P.A.) to co-sponsor the Protecting Consumers’ Access to Credit Act.

“The legislation would allow payday lenders to ignore state interest rate caps on consumer loans as long as they partnered with a national bank,” Zach Carter explained at HuffPost. That would widen a dangerous loophole. Pay-day loans target low-income people and inflict predatory interest rates. The Consumer Financial Protection Bureau has instituted some long overdue regulations on the industry, but there’s a catch:

[N]ational banks have a great deal of flexibility with these standards thanks to a court decision from the 1970s. They have to comply with the interest rate caps only in their home state―not those of the state where the person receiving a loan lives. So payday lenders and other predatory operations sometimes ask banks in loosely regulated states to issue loans on their behalf. The payday lender quickly buys the loan after it is issued by the bank, allowing the bank to earn a commission for its service as a regulatory frontman. In 2015, a federal court prohibited this end-run around state laws in a few states. Warner’s bill would essentially overturn the court decision and protect cross-state rent-a-bank schemes nationwide.

Warner’s bill doesn’t just facilitate access to credit; it also grows a pool of potential victims. Moore has claimed that reporting of the bill has “mischaracterized” it, but from a consumer protection standpoint there’s really no valid way to defend expanding the reach of payday lenders.

While some Democrats work for pay-day lenders, others work for banks. On Monday, eight Democrats joined nine Republicans and Independent Angus King to introduce a bill that would weaken banking regulations. According to Politico, Democrats on the Senate Banking Committee even went around progressive Senator Sherrod Brown of Ohio to make the deal:

The agreement, which was released in summary form, would ease mortgage rules for small lenders, attempt to simplify their capital requirements and let them escape a proprietary trading ban from Dodd-Frank known as the Volcker rule.

Democrats make much of their status as the party of the #Resistance. But that means more than just criticizing Donald Trump; it also means resisting dangerous, exploitative economic policies favored by his party.