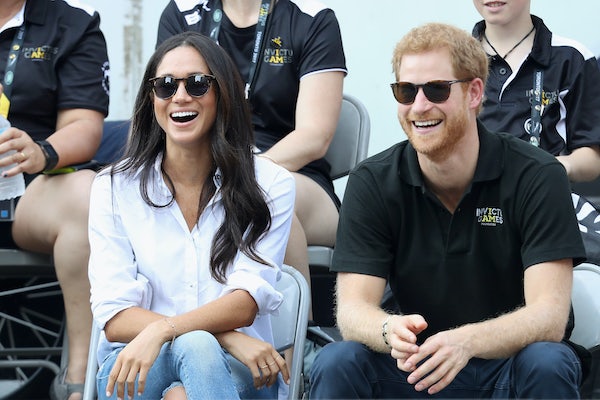 Why is The Spectator opposed to Meghan Markle marrying Prince Harry?

Prince Harry, grandson of the Queen of England, has announced his engagement to the American actress, and some British conservatives are freaking out about the event. The Spectator, England’s leading conservative magazine, took the news to launch an attack on Markle. “Obviously, seventy years ago, Meghan Markle would have been the kind of woman the Prince would have had for a mistress, not a wife,” pundit Melanie McDonagh wrote. “Things have changed. She’ll now be the apotheosis of the union of showbiz and royalty, with a glorious subsidiary cast of embarrassing relations.”

The technical argument that McDonagh makes is that Markle should be ineligible because she’s a divorcee, and hence a disgrace since the Queen is the head of the Church of England. But even on its own feudal terms, this is absurd. Markle is very distant in the line of succession—for her to become Queen, at least four people would have to die. Moreover, the actual next in line is Prince Charles, who divorced his first wife, and who is now married to a divorcee. Moreover, any review of the life of Henry VIII gives lie to the idea that the Church of England is inflexible on the matter of royal divorces.

McDonagh’s complaint about “embarrassing relations” may speak to the true reason she’s upset. Markle has an African-American mother and identifies as biracial. In 2009, McDonagh wrote a column for the Daily Telegraph bemoaning the fact that population growth in England was coming from “second generation immigrants” and “the Somali mothers you see in West London” rather than the “indigenous” families of “the mortgage-paying, marrying middle classes.” In other words, perhaps the problem is not that Markle is divorced, but that she is yet another non-indigenous addition to the great British family.