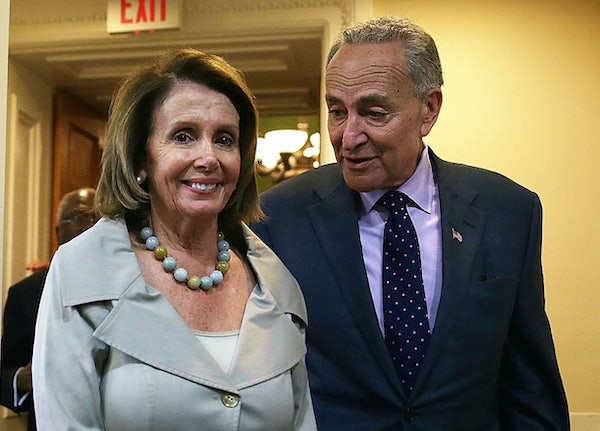 Trump has already blown up his negotiations with the Democrats.

With the Republican Party divided, the president needs the votes of Democrats on some crucial upcoming issues, notably TARP and debt ceiling extensions. But Trump has only one negotiating tactic, which is to play hardball:

Chuck and Nancy weren’t amused and issued a statement reading: “Given that the president doesn’t see a deal between Democrats and the White House, we believe the best path forward is to continue negotiating with our Republican counterparts in Congress instead.”

White House Press Secretary Sarah Sanders responded by saying that the invitation is still open and that Trump “encourages them to put aside their pettiness, stop the political grandstanding, show up and get to work.”

Trump’s tweet seems to have played well with his base, who loved how he stuck it to Chuck and Nancy. But all this means is that the locus of influence has shifted to Congress, while Trump tweets from the sidelines.