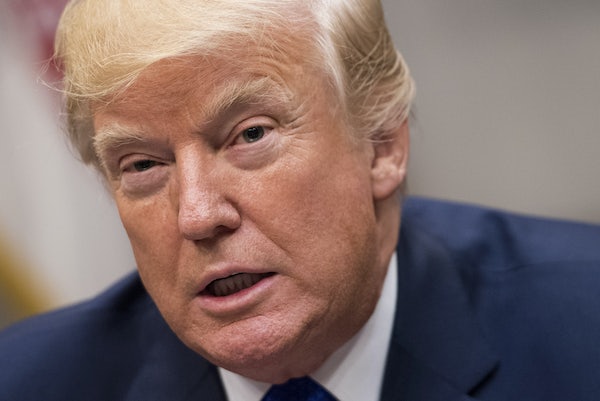 This morning, the president retweeted three videos posted by Jayda Fransen, the deputy leader of Britain First, a group of fascist extremists who broke with the far-right British National Party. All three videos purported to show violence committed by Muslims, in keeping with Britain First’s goal of stirring up hatred of British Muslims. As the Independent reports, the group has organized “Christian patrols,” in which “members walk the street hunting people who appear to be Muslim, and forcing entry into mosques to distribute inflammatory propaganda.”

Even Paul Joseph Watson, an editor-at-large at Alex Jones’s Infowars, thought the re-tweets were ill-advised: