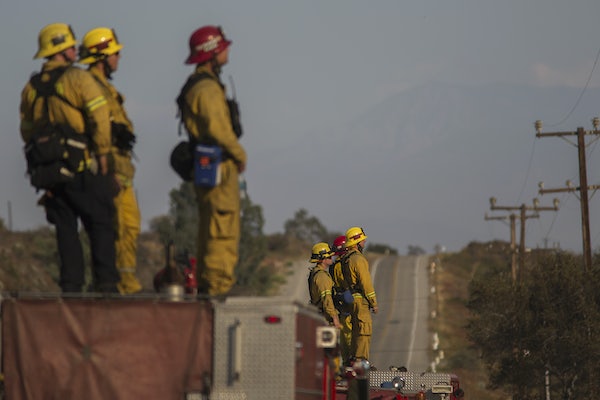 The California wildfires are so “off the charts,” firefighters can only stand back and watch.

“We are in the beginning of a protracted wind event,” Ken Pimlott, the state’s fire chief, said on Wednesday. “There will be no ability to fight fires in these kinds of winds.” Those winds have reached 85 miles per hour in Ventura County. Meanwhile, today’s Burning Index, a number calculated daily by the Los Angeles Fire Department, measured 296. Any number over 162 is considered extreme.

The Santa Ana winds, which descend on the coast from the inland desert, are a common December phenomenon, though climate change may be making these winds drier. But it’s unusual to have wildfires this late in the season because of the November rains—which never came this year. The area is experiencing the eleventh driest early wet season on record, which, along with unprecedented brush growth after last winter’s heavy rains, fueled what has become the worst wildfire season on record. And relief could still be a week or more away: According to Weather Underground, “significant precipitation” isn’t expected until at least mid-December.