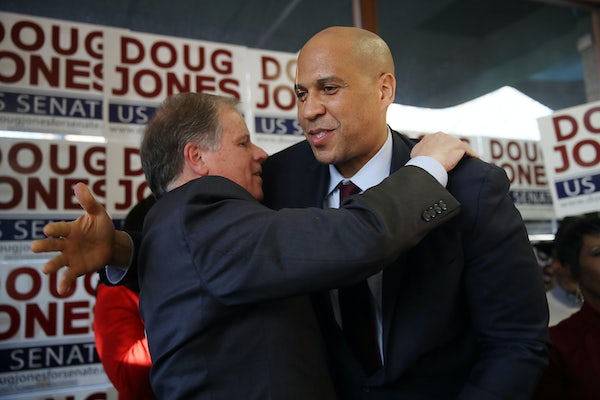 There’s a lot at stake in the special election on Tuesday, but the outcome might have been determined as far back as 2013, when the Supreme Court’s gutting of the Voting Rights Act allowed the state to enforce a 2011 voter ID law that “so reeked of discrimination that state politicians didn’t bother to submit it to the federal government for approval,” as Scott Douglas put it in The New York Times today. With the preclearance requirement out of the way, the architects of the bill, who sought to undermine “Alabama’s black power structure,” finally saw their decade-long efforts pay off. Now Democrats are paying the price.

Along with the voter ID law, Alabama Republicans have closed about 200 voting precincts since 2013, attempted to shutter 31 DMV offices across the state in disproportionately rural majority-black counties, and reformed campaign finance laws to weaken organizations that mobilize black voters. The Campaign Legal Center, a voting rights nonprofit, filed a lawsuit this summer against Alabama’s chief election official, John Merrill, for refusing to “to take any meaningful action to implement” a law passed earlier this year that extended the right to vote to thousands of residents who had been disenfranchised for low-level convictions.

Merill told HuffPost in June that he won’t spend state resources notifying “a small percentage of individuals who at some point in the past may have believed for whatever reason they were disenfranchised.” The reason they believed this, of course, being that state officials told them they were permanently barred from voting and no one has since told them otherwise.

All this is to say that black voters in Alabama have a series of hurdles to overcome to vote in tomorrow’s special election. Unfortunately, the Democratic candidate in the race, Doug Jones, has been reluctant to make his appeals to this bloc too explicit, lest he alienate Republican-leaning white voters. His main rhetorical outreach has been to reiterate his 2002 prosecution of the KKK members behind the 16th Street Baptist Church bombing in 1963. As an Alabama resident told HuffPost, “He makes a big play of, ‘I defended the civil rights.’ OK, that’s all well and good. But I don’t hear anything else from you until it’s time for an election?”

In the past few weeks the Democratic Party has sent out some of it’s most prominent black lawmakers to stump for Jones, including Senator Cory Booker and civil rights icon John Lewis. We can only hope it’s enough to energize black Alabamans into voting for a party that often neglects them until the very last moment.

Correction: A previous version of this post stated that Alabama Republicans shuttered 31 DMV offices across the state. In fact, they only attempted to. Then-Governor Robert Bentley reversed the decision a month later after criticism by civil rights advocates and Democratic lawmakers. In 2016 the state agreed to expand license office hours in rural, predominantly black counties after a federal investigation. We regret the error.