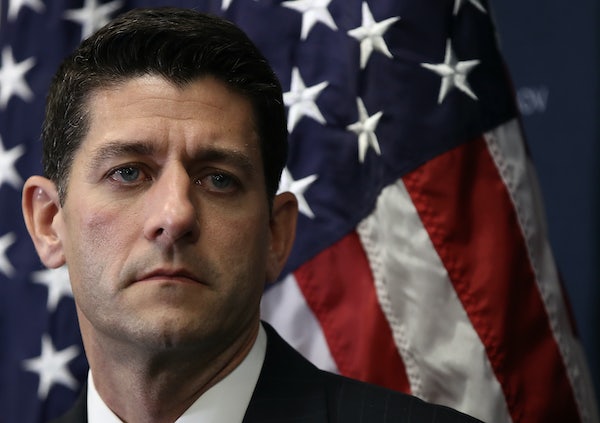 Is Doug Jones the end of Paul Ryan’s dreams to reform entitlements?

Last week, the House speaker said that Republicans would focus in 2018 on entitlement reforms to reduce the country’s deficit, specifically targeting Medicaid and Medicare. Ryan has literally been dreaming of cutting entitlements since he was in college, and while Donald Trump promised not to make cuts to Medicare, Medicaid, or Social Security during the 2016 campaign, he has since called for “welfare reform.” In October he declared that some people are “taking advantage of the system,” and released a 2018 budget proposal that included massive cuts to Medicaid.

Doug Jones’s upset victory last night in Alabama’s Senate election has thrown a wrench in Ryan’s plans. Prior to the special election, Republicans held a slim majority of just two votes in the Senate. Now that this majority has fallen to one, Majority Leader Mitch McConnell cannot afford to lose more than two Republican votes on any piece of legislation passed through reconciliation (even with Mike Pence’s tie-breaker vote). And while Republican senators have voiced support for cuts to social welfare programs, these cuts are not popular among voters.

According to a Pew Research Center study from May, only 15 percent of Republicans said they would support a decrease in federal spending on Medicare. “I don’t know if there’s any appetite for true entitlement reform,” Senator Tim Scott, a Republican from South Carolina, told The Washington Post. With only one vote to lose after Jones is sworn in, McConnell and Ryan may have to abandon any hopes of an entitlement reform push, leaving a hole in their legislative agenda.