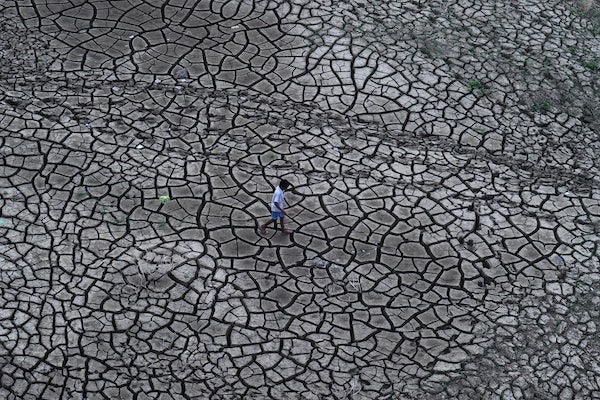 Climate change no longer threatens national security, according to the White House.

That’s what President Donald Trump will decree when he lays out his national security strategy on Monday afternoon. According to Reuters, Trump’s strategy document “does not repeat former President Barack Obama’s 2016 description of climate change as a U.S. national security threat.” In other words, we don’t have to worry about drought-fueled civil wars, flooded U.S. military bases, or melting sea ice opening up new pathways for Russian ships to traverse the Arctic.

But climate change, no matter what Trump decrees, is an obvious threat to national security. Rising oceans are expected to swallow 128 U.S. naval bases by 2100 if climate change continues on its current pace. Worsening droughts are expected to cause water and food shortages in developing countries primarily in sub-Saharan Africa and the Middle East, which could exacerbate tensions in areas that are already volatile. Catastrophic events fueled by drought and extreme weather are also expected to worsen refugee crises throughout the world.

All of this has implications for the safety of U.S. combat troops and the homeland. Here’s to hoping that pretending problems don’t exist is as effective as actually preparing for them.