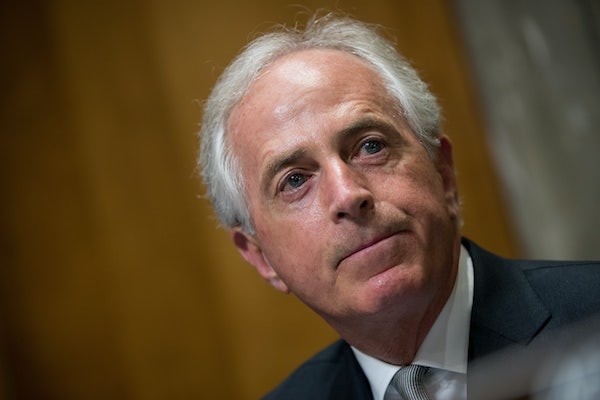 Corker’s support for the various Republican tax reform plans that have moved through the Senate has followed a pattern. When his vote could actually derail the legislation—when it was in committee, notably—he has voted to advance it. When his vote is meaningless, due to support from 51 other Republican senators, he has voted against the bill, citing his concerns about its effects on the deficit.

Corker is currently supporting the final version of the tax reform bill, and his vote has never been more valuable. With John McCain in Arizona due to health reasons, the GOP has a razor-thin 51-vote majority in the Senate—with the aid of another defector, Corker could kill this deficit-busting giveaway to the rich when it comes up for a final vote later this week. So why is he supporting it now?

In a statement, Corker cited support from his constituents, even though the bill is very unpopular. “After many conversations over the past several days with individuals from both sides of the aisle across Tennessee and around the country—including business owners, farmers, chambers of commerce and economic development leaders—I have decided to support the tax reform package we will vote on next week,” he said.

Corker told IBT that he hasn’t read the bill and wasn’t aware that changes were made at the last minute that would enrich him. “I had like a two-page summary I went through with leadership,” said Corker. “I never saw the actual text.” The most generous interpretation here is that Corker, like the rest of his caucus, just doesn’t really understand the bill. The least generous is that Corker is trying to get his before he leaves Congress next November.