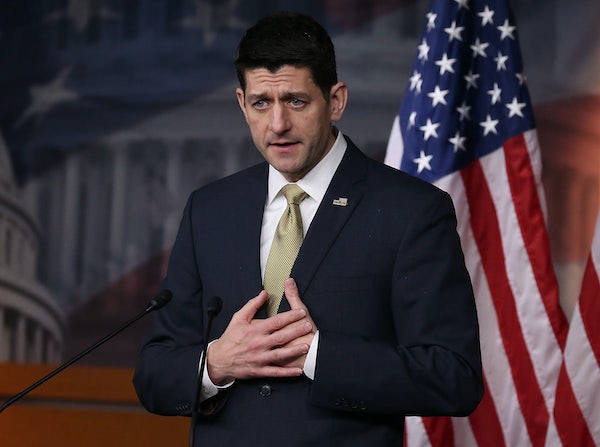 While Republicans celebrate their tax bill, millions of poor kids are in danger of losing their health care.

Almost nine million children across America rely on the Children’s Health Insurance Program (CHIP) for health insurance, which fills the gap for families who make too much to qualify for Medicaid, but not enough to buy private insurance. And because congressional Republicans have neglected to fund it in favor of more pressing issues—like cutting taxes for corporations and literally enriching themselves—16 states are set to run out of money for CHIP by the end of January, leaving potentially millions of kids without care.

It has been 80 days since the Republican-controlled Congress let funding expire. And thousands of families are already being notified that their kids may not be covered next year. The good news is that this is an incredibly easy fix. The bad news is that it will require Republicans to do the fixing.

CHIP enjoys broad bipartisan support, but the details of the policy negotiations to reauthorize its funding mechanism are instructive. Despite happily adding more than $1 trillion to the deficit to finance their tax cuts, Republicans disagree over how to pay for CHIP, stalling reauthorization bills in both the House and the Senate.