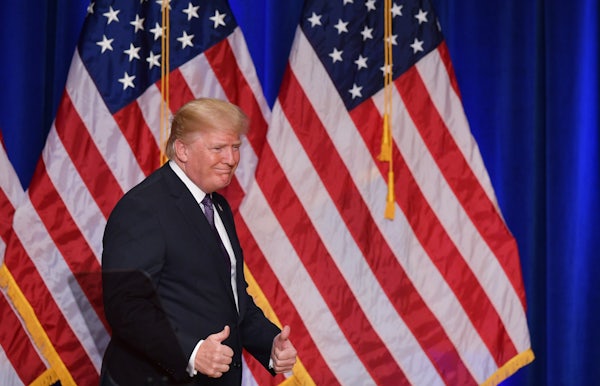 The only way to defend tax reform is to lie about it.

For the last six weeks, as they rapidly moved a tax reform package through Congress, Republicans lied through their teeth about the contents of the bill. They claimed that they were simplifying the tax code, when in fact they were making it more complicated and keeping many deductions—particularly those abused by the rich—in place. They claimed that cutting the corporate tax rate would create unprecedented economic growth, even though that has never happened before. Cutting the corporate tax rate, they argued, would also translate to higher wages and more jobs, even though corporate leaders have made it clear that they will either hoard their savings or pay them out to stockholders in dividends. They claimed it would be a tax cut for everyone, even though many middle-class taxpayers would see tax increases within the next ten years. And Donald Trump claimed that he personally would be paying higher taxes, even though he, his businesses, and his children will make out like bandits.

Theoretically, all of these claims will be put to the test in the coming months and years. As The Wall Street Journal wrote today, “The U.S. economy is about to become the proving ground for GOP tax-cutting theories.” Voters, this thinking goes, will be able to match up the heated rhetoric surrounding the bill to reality. But judging the effects of tax cuts is tricky. We can now say, with some certainty, that the Bush tax cuts increased the deficit, fueled income inequality, contributed to the 2008 financial meltdown, and disproportionately helped the wealthy—but none of these consequences factored into the debate over tax reform. Furthermore, it takes a long time to judge the effects of legislation like this.

Republicans are looking to exploit that ambiguity. Just as Trump has claimed credit for a stock market bull run that began in the Obama presidency, the GOP will be able to claim that any positive changes in the economy are the result of this bill. And if it all goes south, well, don’t be surprised to see them argue that the solution is more tax cuts.