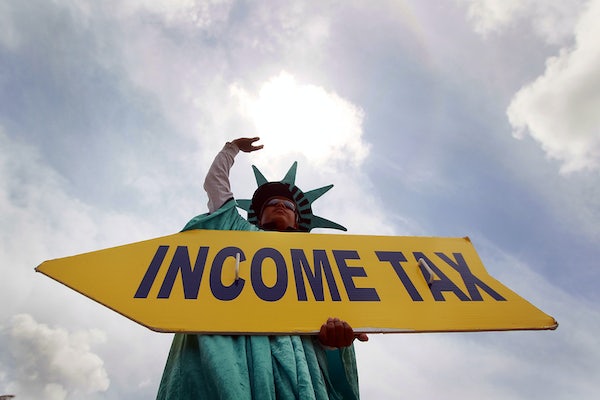 Perhaps emboldened by congressional Republicans’ recent passage of one of the largest federal tax cuts in more than 30 years, state GOP lawmakers are hoping to roll out a massive tax cut of their own in the new year, according to The Kansas City Star. The plan would not only slash the state’s top income tax rate, but eventually eliminate the income tax altogether. Party leaders insist, against all available evidence, that the cuts will lead to an economic boom. But there’s recent, compelling evidence of the damage that such drastic cuts can do: Missouri lawmakers need only look to their western neighbor.

In 2011, Kansas elected Governor Sam Brownback, a far-right ideologue who orchestrated a large-scale, tax-slashing “experiment” in the hopes of eventually eliminating the income tax. The result was more disastrous than even Brownback’s critics could have imagined. The cuts sent Kansas into freefall as it faced a projected budget shortfall of nearly $1 billion by 2019. Brownback tried to make up for the lost revenue by raiding the state’s education and transportation coffers, a move ruled unconstitutional by the Kansas Supreme Court.

With Republicans in control of Missouri’s legislative and executive branches, the proposed tax cuts have a good chance of passing into law. “This would be the largest tax cut in the history of the state of Missouri,” Senator Bill Eigel told The Star. “We think this is going to benefit virtually every person in the state.” If Kansas is any guide, precisely the opposite is true.