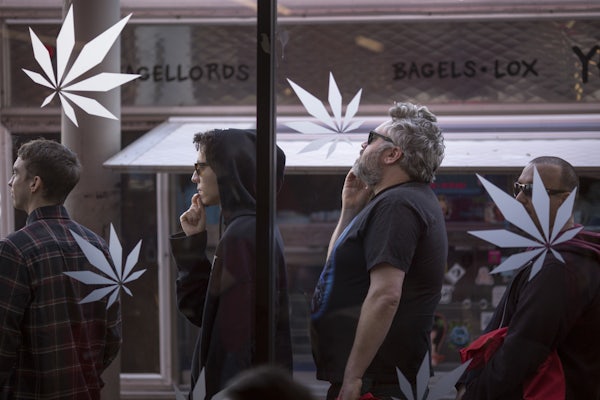 The Trump administration’s war on pot is an opportunity for Democrats.

The Associated Press reported on Thursday morning that Attorney General Jeff Sessions will rescind rules that facilitated the passage of legal marijuana laws at the state level. According to the report, state prosecutors will soon be able to decide how aggressively they will enforce federal laws on marijuana:

The move by President Donald Trump’s attorney general likely will add to confusion about whether it’s OK to grow, buy, or use marijuana in states where pot is legal, since long-standing federal law prohibits it. It comes days after pot shops opened in California, launching what is expected to become the world’s largest market for legal recreational marijuana and as polls show a solid majority of Americans believe the drug should be legal.

In October 2017, a Gallup poll found that fully 64 percent of Americans support legalizing marijuana. Republicans were divided on the issue, reporting a 51-49 split. Sessions’s long-running antipathy to legal marijuana—he once joked that he thought the KKK “were OK until I found out they smoked pot”—doesn’t really reflect the sentiments of his party’s base, or the American electorate at large. With California poised to become the world’s largest market for legal marijuana, it seems unlikely that a government-helmed war on pot will help the GOP’s chances.

It could, however, be an opportunity for Democrats. In California, the law that legalized pot drew most of its support from two factions of the party’s traditional base: Young voters and black voters. For a party whose midterm chances rest significantly on its ability to turn out voters in greater numbers than usual, pushing for legal marijuana could make a difference.