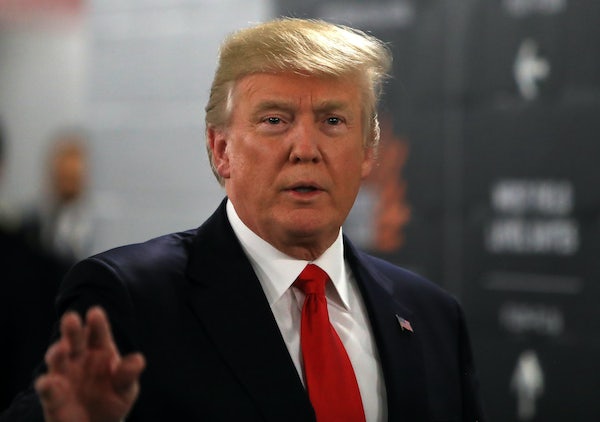 Donald Trump’s push to build the Wall is getting desperate.

A border wall dividing the United States and Mexico was the signature promise of Trump’s 2016 campaign. While there is no evidence that such a wall would hinder undocumented immigrants from entering the country, it was a powerful symbol for Trump and his supporters, a rebuke to those who had abandoned “common sense” in favor of “political correctness” when dealing with immigration.

But Trump has gained little traction in his attempts to get Congress to fund the project. The administration is now engaging in a risky dealmaking strategy to trade wall funding for the codification of the Deferred Action for Childhood Arrivals program, which would allow some 800,000 DREAMers to remain in the United States. Furthermore, on Tuesday, the administration reportedly signaled that it would accept cuts or delays to funding for “border surveillance, radar technology, patrol boats, and customs agents” in order to pay for a wall. The New York Times noted that all of these are “proven security measures that officials and experts have said are more effective than building a wall along the Mexican border.”

These changes are a bit strange, given that some Democrats have signaled that they would be willing to increase funding for some of these programs to prevent DREAMers from being deported. But the Trump administration seems willing to sacrifice proven anti-immigration programs to bolster symbolic ones.