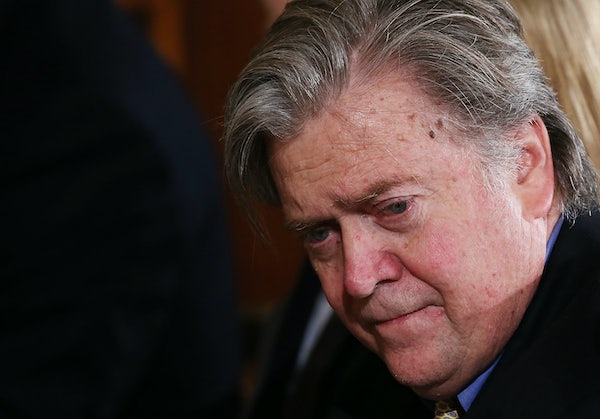 As the CEO of Donald Trump’s president campaign in 2016, Bannon was undoubtedly one of the main architects of victory. But Bannon mistook his major role in history as proof that he was an indispensable figure, the power behind the throne whom Trump and Republicans would rely on to win future elections. Intoxicated by his own mythology even after he was fired from the White House, Bannon told reporter Michael Wolff that a meeting Trump’s son Donald Trump Jr. and son-in-law Jared Kushner took with Russian officials was “treasonous.” This was a sin against the family, and as such unforgivable.

Now, the New York Times is reporting that Bannon is stepping down as CEO of Breitbart News, a move forced by billionaire financier and Breitbart stakeholder Rebekah Mercer. (Breitbart confirmed that Bannon has “stepped down.”) The lesson, at least in the short term, is that Trump’s cult of personality is the dominant force in the Republican Party. No one, not even one of the key authors of Trumpism, can challenge Trump without punishment from the party and its donor class.