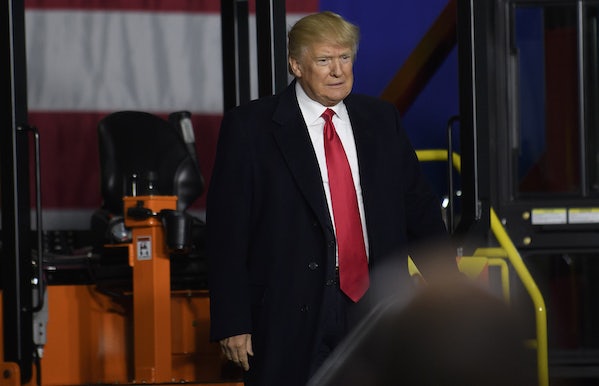 If the government shuts down, Donald Trump is to blame.

With hours to go until the government shuts down, surprisingly little is happening in Washington. Negotiations are at a standstill and neither party seems to be facing the potential crisis with any sense of urgency. Instead, Republicans and Democrats are testing out messaging blaming the other party for the disaster to come.

There is, with any shutdown, more than enough blame to go around. But this mess is particularly one of Donald Trump’s making. The stage was set when Trump unnecessarily announced that he was ending the DACA program that protected undocumented immigrants who were brought to the United States at a young age. While various proposals have been floated to protect these young immigrants—a move that, at least publicly, has broad bipartisan support—Trump has sided with Republican hardliners, demanding that funding for a border wall be included in any package that codifies DACA and keeps the government open. On Thursday he even negotiated directly with the House’s Freedom Caucus on a continuing resolution.

The odd thing about all of this is that last week Trump got what he had professed to want—a deal that would protect DACA and include wall funding. For Republicans, it was a big win. Despite having little leverage, they were able to extract a number of concessions, including over $1 billion in funding for the wall. This is exactly the kind of face-saving compromise that is supposed to win out in these situations.

But Trump tore that deal up for not having enough wall funding. He has now created a situation in which he will shut down the government over the issue—putting hundreds of thousands temporarily out of work and leaving hundreds of thousands of immigrants in the lurch. Republicans, who control both chambers of Congress, deserve a great deal of blame for their lack of internal discipline and their refusal to compromise with Democrats. But they’re in this situation because of President Trump’s impulsive, self-defeating acts.