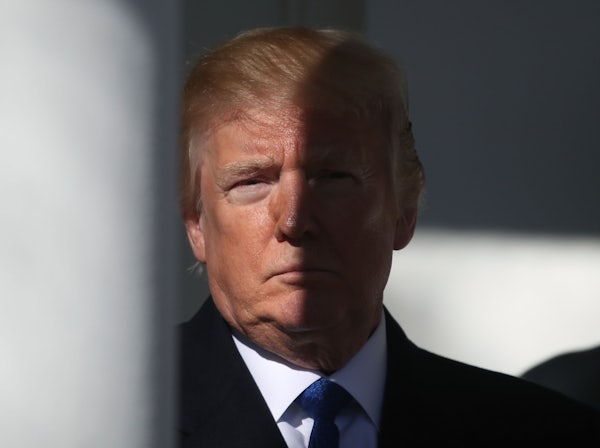 The last few days have quietly brought a number of potentially monumental developments in the probe. Last week, Mueller interviewed Attorney General Jeff Sessions—the first cabinet member to speak to the special counsel. Rick Gates, Paul Manafort’s longtime lieutenant, has hired a white-collar attorney, a move that signals that he may be cooperating with Mueller’s team. And on Tuesday, The Washington Post reported that Mueller was seeking an interview with President Trump to ask him about the firings of James Comey and Michael Flynn. The president’s team is wary of granting such an interview, given their boss’s penchant for lying and hyperbole.

There have been other, related revelations as well. Trump in May 2017 reportedly demanded that then–acting FBI Director Andrew McCabe tell him who he voted for. Sessions has also reportedly pushed new FBI Director Christopher Wray to fire McCabe, who is now his deputy. And, amid all of this pressure, Wray reportedly threatened to resign. Nearly all of these stories have come out in the past three days.

There are signs that Mueller is homing in on a possible obstruction charge against the president. There are also signs that he’s looking at the president’s actions after the firing of James Comey, a longer timeframe than was initially assumed.

Mueller’s actions are provoking furious reaction on the right. Ever since it was reported that Mueller had interviewed Trump’s former chief strategist Steve Bannon, Republicans have been insisting that a memo written by Representative Devin Nunes detailing FBI abuses be made public. Senator Ron Johnson is claiming that an FBI “secret society” is leading a deep state charge against the president. And Republicans of all stripes have seized on text messages sent by a member of Mueller’s team—who was fired after they were discovered—criticizing the president.

None of these points discredit the Mueller investigation. Instead, they seem to come from a growing panic as Mueller turns up the heat.