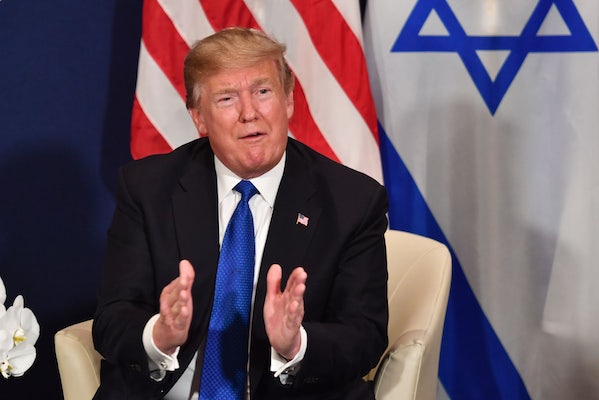 If Trump has nothing to hide, why are Republicans undermining the Russia investigation?

Trump also tried to spin the many actions he has taken to hobble the investigation into Russian interference in the 2016 election. “Now they’re saying, ‘Oh, well, did he fight back?’” Trump said of Mueller’s investigation. “You fight back, ‘Oh, it’s obstruction.’” In other words, the president’s political opponents are willfully misconstruing his combative nature as being criminal.

Of course, there is a growing body of evidence that Trump has obstructed justice. Trump admitted that he fired James Comey as FBI director because of “this Russia thing.” Trump has admitted that he believes Attorney General Jeff Sessions should have done more to protect him, and reportedly implored the White House counsel to convince Sessions not to recuse himself from the investigation. Trump made matters worse by telling the Russian ambassador that firing Comey had taken the pressure off, as well as by constantly tweeting that the investigation is a “witch hunt.”

As he prepares to talk to Mueller, Trump’s posture is that he has nothing to hide, even though many of his aides are reportedly worried about his penchant for lying. But congressional Republicans are actively working to muddy the waters in anticipation of an obstruction charge. Republicans have taken to cable news to insist that the FBI and Mueller are engaged in a conspiracy to undermine the president’s legitimacy. “Using the Clinton-Starr playbook, kill the special investigator and obfuscate the charge,” a Trump adviser told Axios’s Mike Allen. “This is the Government against the People’s President. It is an easy narrative.”

This is the Republican strategy, at least for now. Trump says he is willing to cooperate with the investigation, while his allies do everything they can to undermine it.