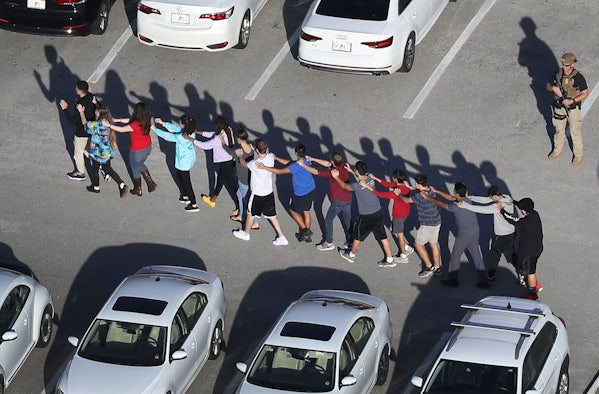 By March 23, Congress will have to pass a bill to fund the government. In doing so, Republicans and Democrats can reverse the maddening policy that has essentially shut down research on gun violence for the last 22 years.

This is the easiest, least controversial step Congress can take in the wake of Wednesday’s mass shooting at Marjory Stoneman Douglas High School in Parkland, Florida, which left 17 people dead. Gun control legislation certainly isn’t going anywhere—House Speaker Paul Ryan suggested as much on Thursday morning, when he said Congress needs more information on what would be an effective policy: “I think, as public policymakers, we don’t just knee-jerk before we even have all the facts and the data.”

But as things stand now, Congress will never have the facts or the data Ryan claims to need because, as the Washington Post reported in October, “Gun-control research in the United States essentially came to a standstill in 1996.”

In 1996, the Republican-majority Congress threatened to strip funding from the Centers for Disease Control and Prevention unless it stopped funding research into firearm injuries and deaths. The National Rifle Association accused the CDC of promoting gun control. As a result, the CDC stopped funding gun-control research — which had a chilling effect far beyond the agency, drying up money for almost all public health studies of the issue nationwide.

“In the area of what works to prevent shootings, we know almost nothing,” Mark Rosenberg, who led the CDC’s gun-violence research in the 1990s, told the Post.

This policy—known as the Dickey Amendment—should not exist. Even its former champion acknowledged as much. In 2015, two years before his death, Republican Congressman Jay Dickey told HuffPost that he wished he had never put forward the policy. “I wish we had started the proper research and kept it going all this time,” he said. “I have regrets.”

If Americans had this research, Congress would have a clearer picture of what effective policy steps would be to prevent these sickeningly familiar mass shootings. As the Union of Concerned Scientists’ Yogin Kothari pointed out on Thursday, “Since 2013, there have been 290 school shootings, an average of nearly one per week. In 2018, there have been 18 school shootings in 45 days.” Then again, it’s already widely accepted that reducing gun ownership would reduce gun violence. The New York Times’ Max Fischer and Josh Keller last November addressed the question, “What Explains U.S. Mass Shootings?”

Perhaps, some speculate, it is because American society is unusually violent. Or its racial divisions have frayed the bonds of society. Or its citizens lack proper mental care under a health care system that draws frequent derision abroad.

These explanations share one thing in common: Though seemingly sensible, all have been debunked by research on shootings elsewhere in the world. Instead, an ever-growing body of research consistently reaches the same conclusion.

The only variable that can explain the high rate of mass shootings in America is its astronomical number of guns.

This, perhaps, is why Republicans are opposed to federal funding of gun violence research: They know what the conclusion will be. And as long as the research is being conducted independently of the federal government, Republicans can discredit it just like they do to environmental research: by accusing it of bias, or lack of rigor, or insufficient data. If Congress does not reverse this prohibition in March, and the Republicans are to blame, it will be up to voters to punish them for it this fall.