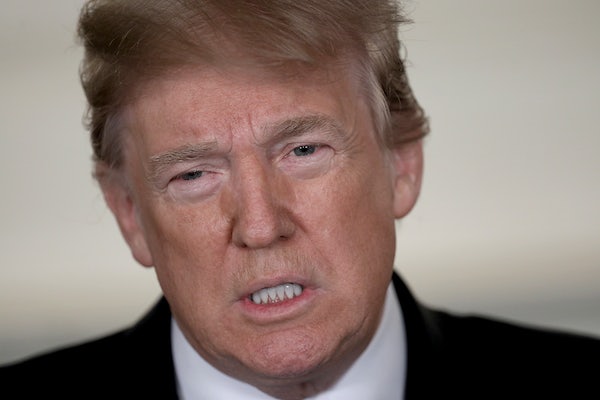 A former Playboy model says she was paid off to keep quiet about her affair with Donald Trump.

Karen McDougal told New Yorker correspondent Ronan Farrow that she had a consensual affair with Trump during his current marriage, and that she voluntarily ended it. Bolstering her account, the magazine reprinted her handwritten journal entries from the time of the affair.

The real scandal isn’t necessarily that Trump had another affair, but that a Trump ally—tabloid king David Pecker, the CEO of American Media Inc.—reportedly paid McDougal for the rights to her story. McDougal’s contract with Pecker’s company, which publishes the National Enquirer and other supermarket-aisle staples, effectively silenced her, Ronan reports:

Six former A.M.I. employees told me that Pecker routinely makes catch-and-kill arrangements like the one reached with McDougal. “We had stories and we bought them knowing full well they were never going to run,” Jerry George, a former A.M.I. senior editor who worked at the company for more than twenty-five years, told me. George said that Pecker protected Trump. “Pecker really considered him a friend,” George told me. “We never printed a word about Trump without his approval.”