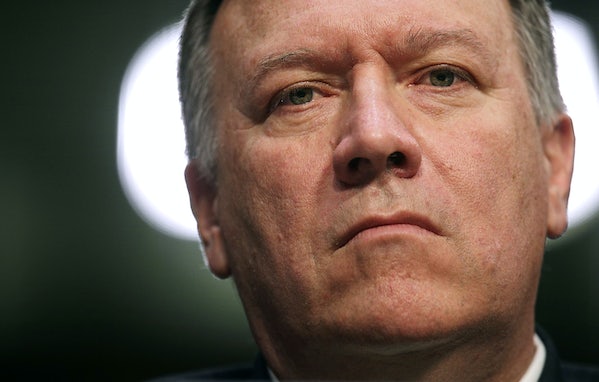 Mike Pompeo may be the first climate-denying secretary of state.

Outgoing Secretary of State Rex Tillerson, the former CEO of Exxon Mobil, was well-known for clashing with President Donald Trump on the issue of climate change. Unlike Trump, who claims global warming is a “hoax,” Tillerson accepted climate science and advocated for remaining in the Paris climate agreement. Trump defied Tillerson, announcing in June that the U.S. would withdraw from the accord.

Trump’s new choice for secretary of state, CIA Director Mike Pompeo, is more likeminded on the issue. During his confirmation hearing last year, Pompeo refused to answer questions regarding climate change. “Frankly, as the director of CIA, I would prefer today not to get into the details of the climate debate and science,” he said. But as ThinkProgress reported last year, Pompeo’s past statements indicate unfounded skepticism of the science:

Previously, Pompeo has adamantly denied the scientific consensus on climate change, telling C-SPAN’s Washington Journal during a 2013 interview that “the science [on climate change] needs to continue to develop.” Pompeo also argued, in that same interview, that there is still significant scientific debate about the causes of climate change (that is not true — climate scientists are 97 percent certain that climate change is both real and a result of human activity).

The Nation calls Pompeo the “Koch Brothers’ Favorite Congressman” for accepting more than $375,000 from Koch Industries over the course of his political career, as well as more than $1 million from the oil and gas industry in general. The Koch brothers have played a large role in getting the Republican Party as a whole to reject climate science and climate policy.

Past secretaries of state have been champions of the climate issue. Colin Powell, Hillary Clinton, John Kerry, George Shultz, and Madeleine Albright all had different strategies to address the issue, but all accepted its reality. Even Henry Kissinger, in 2009, wrote that climate change should be tackled globally. If Pompeo is confirmed, it’s possible he’ll be the first secretary of state to hold the opposite view.