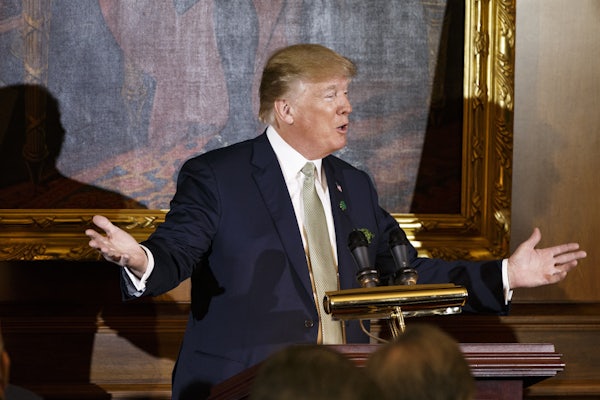 Trump is systematically removing the guardrails in his cabinet.

Over the past ten days, President Trump’s economic adviser, Gary Cohn, has resigned; his secretary of state, Rex Tillerson, was fired over Twitter; and his national security advisor, H.R. McMaster, is expected to be moved out of the White House and into a four-star military role. McMaster—whose ouster has been rumored for months—would be gone already, except the White House is concerned about the optics of losing another cabinet member.

Cohn has been replaced by Larry Kudlow, a cable news pundit; Tillerson by Mike Pompeo, the hawkish CIA director. The leading candidates to replace McMaster are John Bolton, who has publicly pushed the United States to make a preemptive strike against North Korea, and Fox & Friends co-host Pete Hegseth.

These changes suggest a president who is convinced that he has grown into the job and, more troublingly, has come to resent the numerous guardrails that were erected around him to protect the country (and the world) from his erratic instincts. Trump is remaking his cabinet—filling it with hawks and cable news pundits—into his own image. The triumvirate of “adults in the room”—Tillerson, McMaster, and Secretary of Defense James Mattis—has been neutralized. Trump may finally have the cabinet that he wants: One that won’t stand in his way.