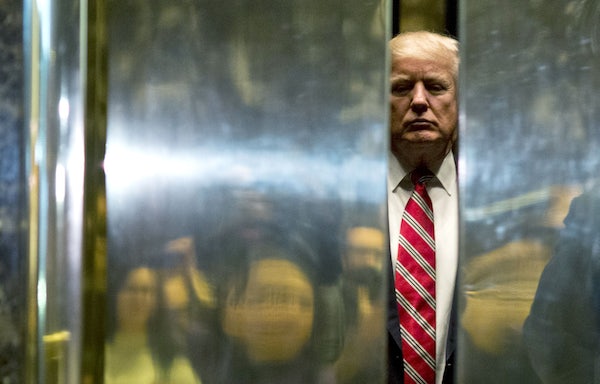 Another Trump hush-money scandal raises questions about his hidden debts.

The Associated Press is reporting that in early 2016 the National Enquirer paid Dino Sajudin, a doorman, $30,000 for the rights “in perpetuity” to a story he’d heard about Donald Trump’s sex life: that the president had fathered an illegitimate child with an employee at Trump World Tower, a skyscraper he owns near the United Nations.” The Enquirer never ran a story based on the information it received from Sajudin.

This recalls two earlier efforts by third parties to keep damaging information about Trump from coming to light. The Enquirer similarly paid $150,000 to silence former Playboy Playmate, Karen McDougal, who allegedly had an affair with Trump. And Michael Cohen, a longtime Trump lawyer, has admitted to paying $130,000 to adult-film actress Stephanie Clifford, better known as Stormy Daniels, who alleges she had sex with Trump early in his current marriage.

What’s disturbing about these stories is that they suggest Trump owes unknown chips to his benefactors. The Enquirer and Cohen presumably didn’t pay these settlements out of charity. The president has a personal, and perhaps financial, debt to unknown parties who are protecting him from scandal and possibly blackmail. In the wake of the FBI’s raid on Cohen’s office and residences, where investigators confiscated records pertaining to his payment to Clifford, these payouts could well present a major legal problem for Trump.