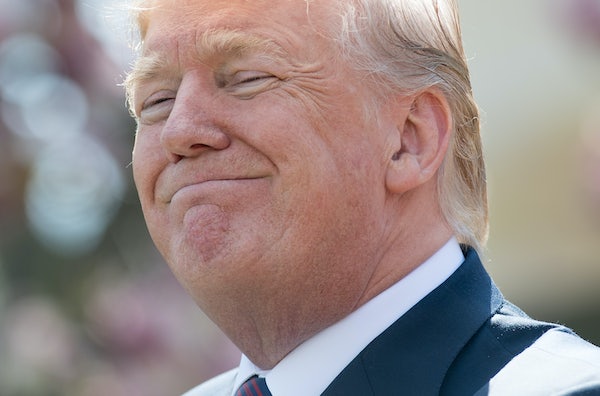 Trump’s politicized pardons are the rule, not the exception.

The president on Friday pardoned Scooter Libby, a former chief of staff for Vice President Dick Cheney who was convicted in 2007 for lying to the FBI and a federal grand jury about leaking an undercover CIA operative’s identity. (George W. Bush had partially commuted Libby’s sentence, sparing him jail time, but rebuffed pressure from Cheney and other conservatives to issue a full pardon.)

Trump’s decision fits a distinct pattern. While George H. W. Bush, Bill Clinton, and other presidents all used the constitutional power of mercy to benefit their political allies from time to time, Trump almost exclusively uses pardons to favor his supporters and infuriate his adversaries, not to alleviate injustices.

This trend began last August with the pardon of Joe Arpaio, an Arizona sheriff and enthusiastic political supporter of Trump who had defied a judge’s order in a racial-profiling lawsuit. Last month, Trump wiped away the sentence for Kristian Saucier, a Navy sailor convicted of illegally photographing a nuclear submarine’s top-secret propulsion system. Trump invoked Saucier’s case on the campaign trail to criticize Hillary Clinton, whom he also accused of mishandling classified information. Only Trump’s decision last December to commute a life sentence for an Iowa meatpacking executive enjoyed bipartisan support.

Friday’s pardon of Libby also sends a thinly veiled message of support to Paul Manafort, the former Trump campaign chairman indicted by special counsel Robert Mueller in the Russia investigation. Wiping away Libby’s conviction for lying and for obstruction of justice during a special prosecutor’s high-profile inquiry is hardly a subtle move.