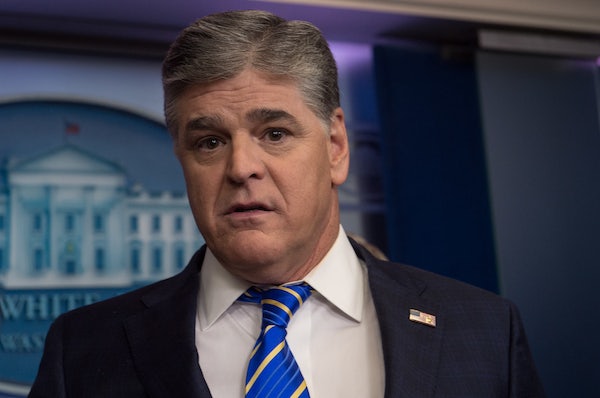 Michael Cohen’s mystery client is none other than Sean Hannity.

The Fox News host is infamous for his zealous defense of President Donald Trump against all manner of foes and scandals. The bond between the two men now appears to be more than ideological: Cohen’s lawyers revealed in a federal court in New York City on Monday that Hannity is the previously unnamed third client of the president’s longtime personal lawyer (the other two are former RNC official Elliott Broidy and Trump himself). The legal matters on which Hannity received counsel from Cohen are currently unknown.

The revelation comes as Cohen and Trump try to convince a judge to shield their communications from federal investigators, who carried out a surprise raid on Cohen’s office, home, and hotel room last week for evidence in a criminal investigation. That probe began with a referral from special counsel Robert Mueller to the federal prosecutor’s office in Manhattan. That office is now reportedly looking into potential bank fraud and campaign-finance violations by Cohen.

Hannity is the Russia investigation’s most persistent and misleading critic, using his nightly television perch on Fox News to accuse Mueller and other Justice Department officials of acting as a “deep state” working to illegitimately bring down Trump’s presidency. Trump occasionally urges his supporters via Twitter to watch the show when it airs. During his first episode after the raid last week, Hannity described the search of Cohen’s office in similarly bombastic terms.

“This is an unprecedented abuse of power,” Hannity warned in his opening monologue. “It needs to be countered and countered immediately.” Later, he declared that it was vital to “investigate [Mueller’s] team of partisan witch hunters” for “trying to overturn a duly elected president.” At no point did Hannity note that he had also sought and received legal advice from Cohen, or that his own legal affairs could be caught up in the investigation.