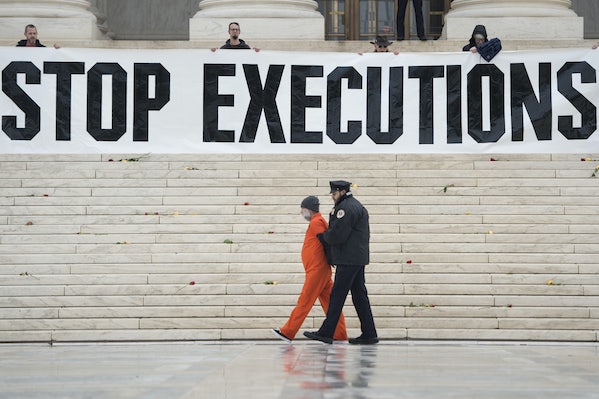 Lawmakers in the New Hampshire House of Representatives on Thursday overwhelmingly passed a bill, already approved by the state Senate, to replace capital punishment with life-without-parole sentences. New Hampshire has not carried out an execution since 1939 and only one inmate currently sits on the state’s death row.

If signed into law, the bill would extinguish the death penalty in New England. Connecticut Supreme Court abolished it in 2015 and reaffirmed its ruling the following year; capital punishment has been banned in the rest of the region for decades—or, in Maine’s case, for more than a century. The bill now requires the signature of Republican Governor Chris Sununu, who said in February that he would veto an abolition measure if it reached him. (The legislation passed by a veto-proof margin in the Senate, and would need just one more vote in the House.)

“I stand with crime victims, members of the law enforcement community, and advocates for justice in opposing a repeal of the death penalty,” Sununu wrote. “Repealing the death penalty sends us in exactly the wrong direction, and I will veto the bill if it reaches my desk.”

Those assertions elide the death penalty’s realities. There’s some evidence that life-without-parole sentences, which lack the grueling appeals process that follows every death sentence, may be more conducive to healing for victims’ families. At the same time, there’s very little proof to support the common claim that executions deter crime. And the American public is increasingly rejecting capital punishment: Support fell to 55 percent in 2016—the lowest level since the 1960s—while only a smattering of counties actually imposes new death sentences in practice.