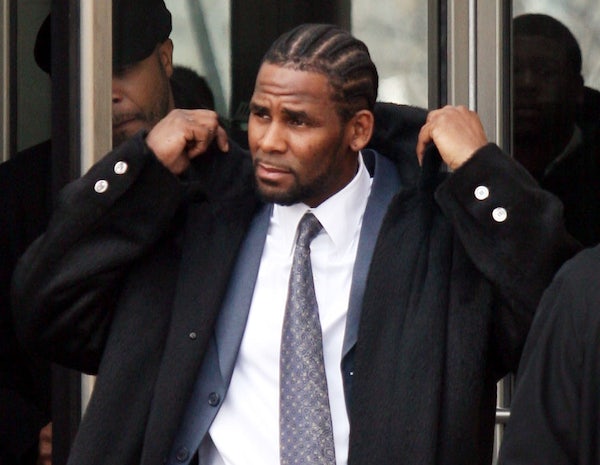 Time’s Up, a celebrity-powered initiative against sexual harassment in the entertainment industry, has joined a growing campaign against the famous R&B singer.

“The recent court decision against Bill Cosby is one step toward addressing these ills, but it is just a start,” the group wrote in a letter published Monday at The Root. “We call on people everywhere to join with us to insist on a world in which women of all kinds can pursue their dreams free from sexual assault, abuse and predatory behavior. To this end, today we join an existing online campaign called #MuteRKelly.”

The letter noted that R. Kelly “has sold 60 million albums, toured the globe repeatedly and accumulated hundreds of millions of plays on radio and streaming services,” while also being accused of sexual misconduct and crimes.

Multiple lawsuits dating back to the 1990s allege he preyed on underage girls. (At the age of 25, he briefly married then-15-year-old singer Aaliyah Haughton.) He was charged with producing child pornography, but ultimately found not guilty because the jury wasn’t convinced of the identity of the woman in the video. And three women told BuzzFeed last year that Kelly is running an abusive sex “cult” out of his Georgia guest house and Chicago recording studio.

Despite these allegations, Kelly has remained influential over the past 25 years, collaborating with such musical heavyweights as Jay-Z, Lady Gaga and, most recently, Chance the Rapper. Other musicians are coming out against him:

The #MuteRKelly campaign began last year as a petition to ban Kelly’s music from Atlanta radio. Now that it’s gone national, the campaign calls for the musician to be dropped from RCA Records, Ticketmaster, and streaming platforms like Spotify. Last week provided several signs that it’s working: Tom Joyner, the host of a nationally syndicated radio show, has vowed not to play his music; an upcoming Kelly concert in Chicago was cancelled; and his publicist and lawyer resigned from his team.