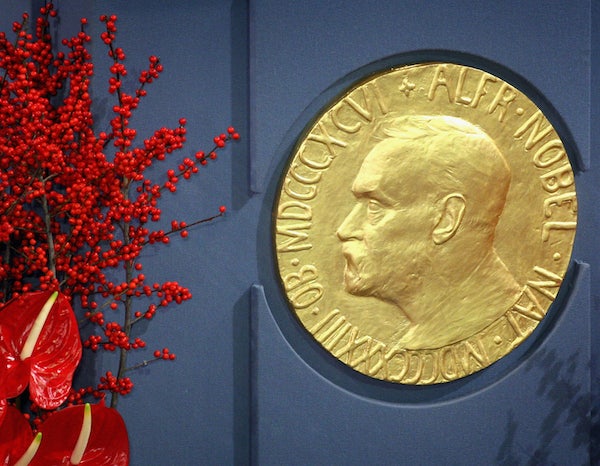 The Nobel Prize in Literature will not be awarded in 2018.

The Swedish Academy has been beset by scandal ever since Jean-Claude Arnault, the husband of member Katarina Frostenson, was accused of sexual assault by 18 women last November. (Arnault was also accused of leaking the names of Nobel winners to the press in advance of the official announcement.) Over the ensuing six months, the Academy conducted a private investigation of Arnault’s conduct, which ultimately recommended that the matter be handed over to the police.

During that period, the committee that awards that prize was hit with a wave of resignations—including of Frostenson and of permanent secretary Sara Danius—leaving it with only eleven members, one of whom had not been active since 1989, in protest of a decision to not condemn the fatwa against Salman Rushdie. Voting in new members requires a quorum of twelve, which effectively means that the committee is unable to conduct any official business. Because these are lifetime appointments—and because the Academy’s reputation has been tarnished—rebuilding the Nobel Prize committee will be difficult work. (One Swedish journalist I spoke to compared the situation at the Swedish Academy to “three Supreme Court justices leaving office in a month.”)

The Swedish Academy announced on Friday morning that it would spend the remainder of the year focusing on getting its house in order—and that no Nobel Prize in Literature would be awarded in the calendar year. “Work on the selection of a laureate is at an advanced stage and will continue as usual in the months ahead but the Academy needs time to regain its full complement, engage a larger number of active members and regain confidence in its work, before the next Literature Prize winner is declared.”

A 2018 Nobel Prize in Literature will be awarded, however, just not this year. In 2019, the Academy will announce two Nobel laureates.