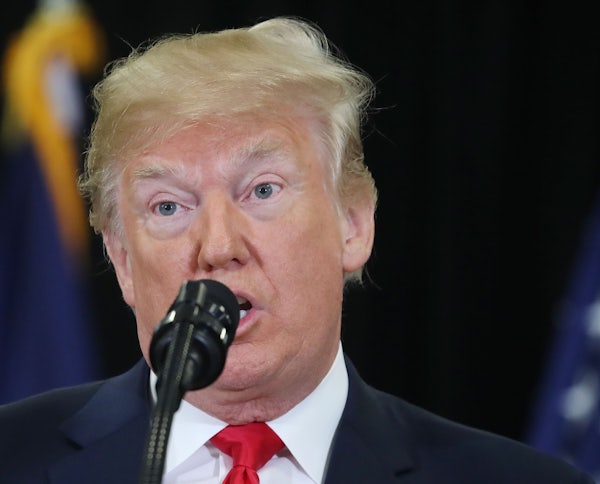 Donald Trump just pulled out of the North Korea summit.

The president on Thursday abruptly announced that he would not be participating in a planned June 12 meeting in Singapore with Kim Jong-un.

The ostensible reason for Trump’s decision to cancel the summit is the “open hostility” of North Korean officials, who have, over the past week, threatened a “nuclear showdown” with the United States and pledged that they would not fully renounce their nuclear arsenal. (It’s worth noting that the president and his allies have goaded the North Koreans by proclaiming that Libya was a model for what they hoped to accomplish with North Korea, which resulted in Libya losing its deterrent power. Muammar Gaddafi is now dead.) The decision to cancel the summit means that the two sides are back where they were a few months ago, when they were regularly threatening one another with annihilation. As Trump writes in his letter, “You talk about your nuclear capabilities, but ours are so massive and powerful that I pray to God they will never have to be used.”

The fact that talks won’t be taking place is, obviously, not good. Trump didn’t get much from the months-long thaw besides the return of three American hostages, and may have ended up creating a rift with the U.S.’s ally South Korea. But, given Trump’s temperament and limited understanding of international relations, a breakthrough was highly unlikely—at least in a summit between the two leaders. Trump would have found it difficult squaring his tough talk and steep demand of total nuclear disarmament with the give-and-take of diplomacy. In fact, because North Korea would never agree to give up its nukes, and because Trump has said he would accept nothing less than total disarmament, there was a good chance that the Singapore Summit would have failed, which would have raised the risks of military escalation.

There’s no magic bullet—or magic summit—that will resolve the North Korea situation. Trump has finally acknowledged that. But in Trump-ian fashion he’s done so in a way that escalates the situation and alienates our allies.