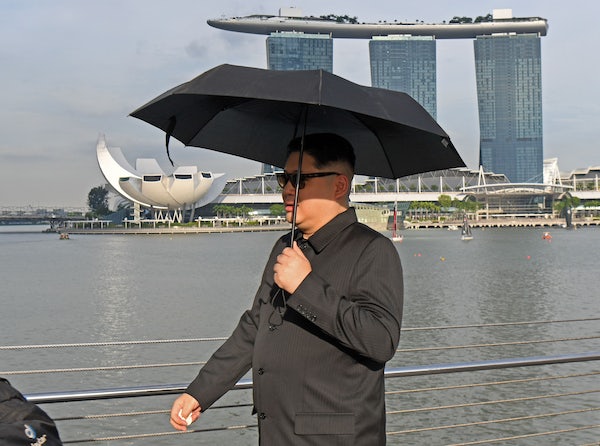 The proposed summit between President Donald Trump and North Korea might yet happen, despite being cancelled last week by Trump amid harsh words on both sides. The Associated Press reported this morning that senior North Korean official Kim Yong Chol was on the passenger list of a flight from Beijing to New York. Trump himself confirmed this report in a tweet that slightly mangled Kim’s name:

Mistake aside, the future of the summit is still cloudy. A Washington Post analysis makes clear that White House remains in chaos even as the earlier system of rival factions has been replaced with a government of loyalists.

“Largely gone are the warring factions that dominated life at 1600 Pennsylvania Avenue in the first year of Trump’s term, replaced by solo players — many with personal connections to the president and their own miniature fiefdoms — laboring to do their jobs and survive,” the Post observes. “Trump has brought in a handful of senior people who believe in him personally, are temperamentally in sync with the brash boss and are invested in his political success more than some of his first-year aides were.”

The problem with the new system is Trump himself, who remains erratic, ill-informed, and all too reliant on Fox News as his main source of information about the world. The president is also deeply mired in the Russia investigations, as he himself acknowledged in another tweet:

As he arrives in America, Kim will discover whether Trump will be able to “start focusing” on North Korea.