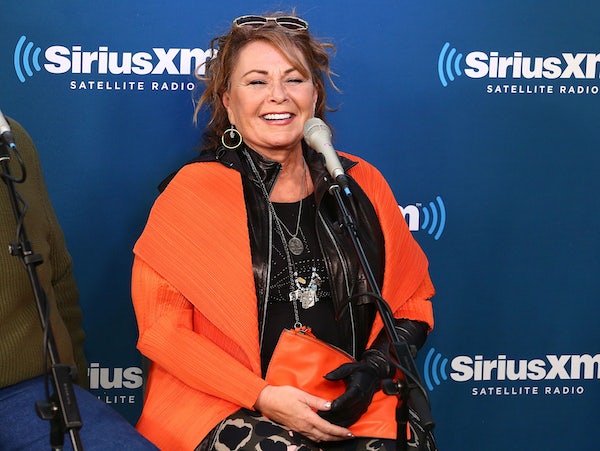 Roseanne Barr is the Trump era.

In the wake of Barr’s racist tweets from earlier today, ABC has cancelled her show.  “Roseanne’s Twitter statement is abhorrent, repugnant and inconsistent with our values,” ABC Entertainment president Channing Dungey announced in a written statement.

The Barr fiasco is the latest example of the trouble mainstream institutions face as American public opinion frays in the Trump era. Mainstream media is geared towards representing the political center but accommodating both political parties. Just as The Atlantic found itself ensnared in controversy over hiring the inflammatory conservative polemicist Kevin Williamson, so ABC learned that hiring Barr meant being responsible for her most repellent opinions.

The inspiration for rebooting Barr’s show was to give Trump supporters a program that mirrors their experiences. But the show centers around a figure who embodied the darkest impulses of the times, including conspiracy mongering and racism.

As Washington Post columnist Greg Sargent suggests, even many Trump supporters are likely to be wary of Barr’s particularly naked racism:

The Roseanne show was a huge hit, with roughly 10 per cent of Americans watching the first show. Subsequent episodes tapered off in ratings but still drew an impressive audience. President Donald Trump himself hailed the ratings success of the show and called up Barr to congratulate her.

The cancellation is likely to add gasoline to the already burning culture wars. Even in the unlikely event Trump remains quiet, many of his supporters will decry the cancellation as yet another example of political correctness run amok. Conversely, Trump’s opponents will see it as further proof that the Republican Party has been taken over by paranoid bigots.

ABC’s goal was surely nothing more than ratings, which they got. But they also received a lesson: that you can’t profit from polarization without also being burned by it.