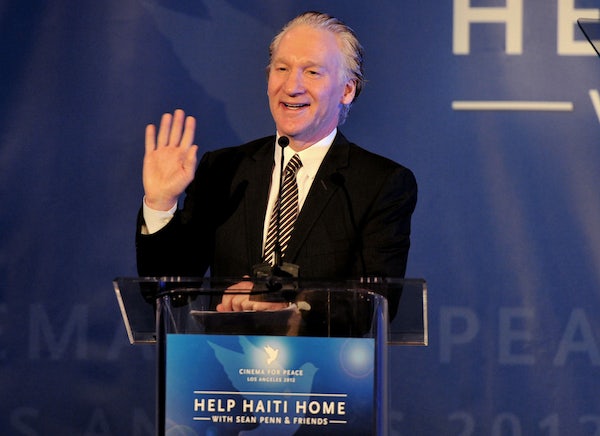 Bill Maher gets caught in the Roseanne Barr crossfire.

The firing of Barr for writing a racist tweet has led some conservatives to decry an alleged double standard. On Tuesday, Charlie Kirk tweeted:

Going a bit further, some on the right are calling for tit-for-tat revenge, demanding that Maher be fired:

This argument rests on a false equivalence. Maher’s insult of Trump was a personal one, while Barr’s attack on Valarie Jarrett rests on a centuries old anti-black trope linking African Americans to apes.

But also, Maher and Barr aren’t equivalent figures politically. Maher might lean liberal but he’s heterodox on many issues such as Islam (where he’s been guilty of Islamophobia). And he often has conservative guests on his show and gives them ample time to talk. Given all that, retaliating against Maher seems counterproductive, a fact that the smarter conservatives figured out: