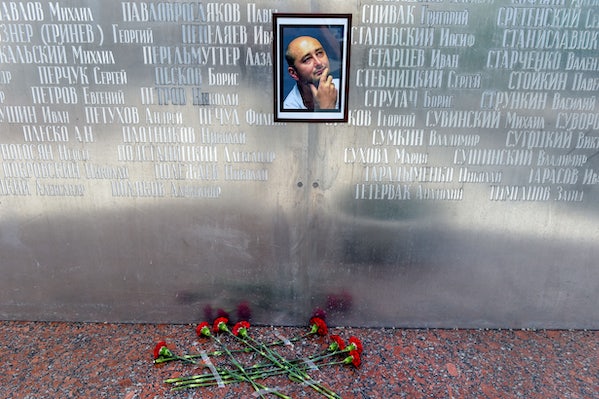 On Tuesday, the world was mourning the murder in Kiev of Arkady Babchenko, seemingly the latest killing of a Russian journalist and critic of Vladimir Putin. Babchecko had been shot in the back after leaving his apartment. But this morning, Babchenko appeared at a press conference and explained that his murder had been faked, an elaborate sting operation to help capture those who had put an bounty on his head.

“As a result of the brilliant special operation carried out by Ukrainian law enforcers,” Anton Gerashchenko, of the Ukrainian Institute for the Future, wrote in Russian on Facebook, “the killer who received the order for the murder of Arkady and the organizer of the murder were detained.”

Gerashchenko compared the ruse to Sherlock Holmes faking his own death in the classic story “The Final Problem.” Other analysts drew more contemporary parallels:

The police operation was so secret that Babchenko didn’t even tell those closest to him, including his wife, who was the one who reported the shooting to the police. This morning, the journalist offered a few words to his mourners: