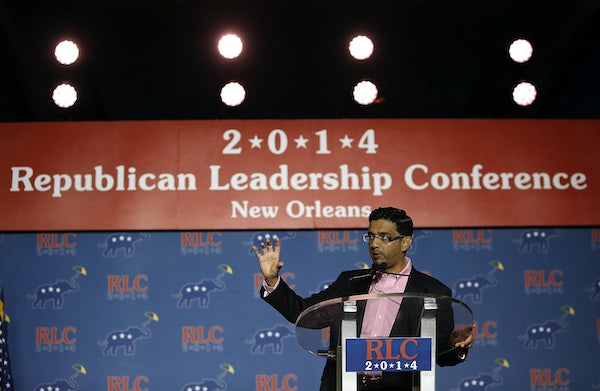 On Thursday morning, President Donald Trump announced that he’s pardoning Dinesh D’Souza, the conservative pundit who was convicted in 2014 of making an illegal donation to Republican Wendy Long’s 2012 Senate campaign:

This is the latest example of Trump turning the presidential pardon into a partisan weapon. Previously Trump pardoned Sheriff Joe Arpaio and former Dick Cheney adviser Scooter Libby, both cases where right-wing ideology and Republican partisanship was more salient than mercy or justice.

With so many of members of Trump’s own circle becoming entangled in the legal system thanks to Special Counsel Robert Mueller, the president is signalling that political loyalty will be rewarded. As MSNBC host Chris Hayes tweeted:

Using the pardon power in so brazenly political manner is one of Trump’s major legal innovations, a breaking of norms which will cause lasting damage to the political system.