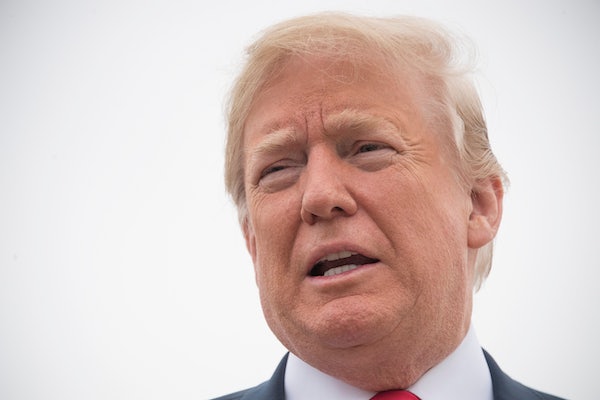 President ensures market reacts to him, not jobs report.

The good news is the economy continues to hum along at a strong pace. On Friday morning the Bureau of Labor Statistics reported that 223,000 jobs were added in May, bringing unemployment down to 3.8 per cent. The bad news is that the president couldn’t help but blab about this good news before it was officially announced.

“President Trump on Friday broke with decades of protocol and commented publicly about the highly anticipated jobs report data 69 minutes before they were released by the Bureau of Labor Statistics,” The Washington Post reports. “Treasury yields moved sharply higher within seconds of a tweet from President Trump that said he was ‘looking forward to seeing the employment numbers at 8:30 this morning.’ He had never issued such a tweet before.”

Obviously, some on Wall Street were paying attention to Trump’s feed and quickly pounced on the news. New Yorker Staff writer Adam Davidson tweeted a sharp analysis of how Trump’s norm-breaking behavior could have a larger effect on the economy:

Over the first two years of the Trump economy, two conflicting trends have tugged at each other: the robustness of economy has been in tension with Trump’s various norm-breaking antics (igniting a trade war and using twitter to attack individual companies). The question remain whether Trump’s activities will end up sabotaging the economy.