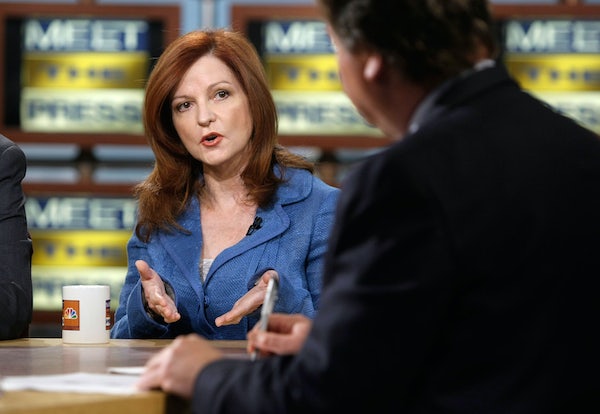 In his new book The World as It Is, Ben Rhodes, former advisor to president Barack Obama, quotes the shocked reaction of his boss to the election of Donald Trump. “What if we were wrong?” the president asked. “Maybe we pushed too far. Maybe people just want to fall back into their tribe.”

These questions reflect Obama’s longstanding habits of self-criticism and concern for national unity, but for New York Times columnist Maureen Dowd they provide an opportunity to smirk at the former president and hold him responsible for electing his successor. “Sometimes I wonder whether I was 10 or 20 years too early,” Obama told his aides. Dowd’s gloss on this is, “We just weren’t ready for his amazing awesomeness.”

According to Dowd, “President Obama could be deliberative, reticent and cautious to a fault, which spurred an appetite for a more impulsive, visceral, hurly-burly successor.”

Down wouldn’t describe herself as a conservative, but to a remarkable extent, her story of the aloof Obama paving the way for Trump echoes the standard line on the right. Dowd’s piece rehashed many points made on Friday by Matthew Continetti in the Washington Free Beacon, in a column which described Obama as “an aloof, smug, vainglorious chief executive totally divorced from political reality.”

The Dowd/Continetti version of history gives huge priority to personality (or rather assumptions about personality such as the idea that Obama is “smug”) while ignoring structural factors. It rests on the assumption that the Democrats should have been able to win the presidency in 2016 easily and the failure to do so rests with Obama. But winning the presidency three times in a row is very difficult for a political party. Since the Civil War, the Democrats have only done it once, with Franklin Roosevelt under the exceptional circumstances of the Great Depression and the Second World War. Replacing Obama with another Democrat was always going to be a hard slog, and what is impressive is that Hillary Clinton won a sizable popular vote victory despite losing the electoral college.

If Obama’s liberal policies did provoke a backlash, that still doesn’t explain why Trump won. After all, the Republicans fielded 17 candidates in the presidential primaries in 2015 and 2016, all of whom were critical of Obama on issues like the Iran nuclear deal and gun control (which Continetti includes in his list of presidential sins). If Republicans wanted to, they could have run some very conservative candidates in 2016 such as Ted Cruz or Marco Rubio. Instead they went with Trump.

What distinguished Trump from the other Republicans was his shamelessness in making racist appeals. From his birtherism to his calls for a wall to keep out Mexican “rapists” to his push for a Muslim ban, Trump ran an extraordinarily bigoted campaign. Trump’s success was hardly surprising given the fact that Obama was the first African-American president and the Republicans have been exploiting racism as a wedge issue since the Southern Strategy coalesced in 1964. What truly paved the way for Trump is the long history of Republican pandering to prejudice.

Racism goes unmentioned by either Dowd or Continetti. But racism, more than any imaginary smugness, explains how Obama led to Trump. Obama’s presidency provoked a backlash because he disrupted the racial hierarchy. Conservatives like Continetti have good reason for wanting to whitewash this fact and now they have an ally in Dowd, who is mainstreaming their self-serving version of history.