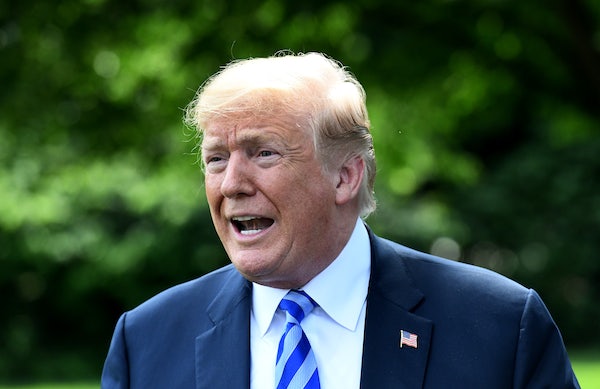 Trump says he can commit federal crimes and get away with it.

The president’s assertion came in the form of a Monday morning tweet, where he cited “numerous legal scholars” as the basis for his unprecedented declaration. “But why would I do that when I have done nothing wrong?” Trump added.

Legal scholars generally agree that the pardon is one of the president’s least constrained constitutional powers: He can grant them at will for any federal offenses, Congress can’t revoke or modify them, and the Supreme Court has never before intervened to limit one. Indeed, one of the few aspects of the power where legal scholars often disagree is whether a president can use it to escape criminal culpability.

In practical terms, Trump’s statement claims the right to commit federal crimes and then immunize himself from the consequences. It’s a stark declaration of lawlessness without precedent in American history. It also recalls one of Richard Nixon’s most famous assertions during the Watergate crisis. In a 1973 press conference in Florida, Nixon defended himself against accusations of impropriety and profiting from his career in public service.

“People have got to know whether or not their president is a crook,” he told reporters. “Well, I’m not a crook. I’ve earned everything I’ve got.” Trump sent a different message on Monday: I can be a crook, and there’s nothing you can do to stop me.