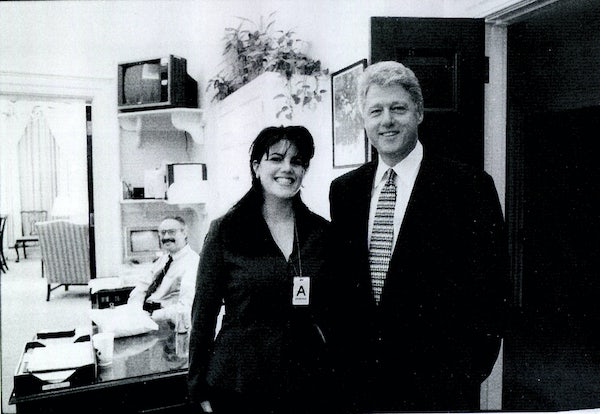 Bill Clinton’s book tour is turning into a #MeToo reckoning.

When NBC’s Craig Melvin asked Clinton on Monday morning about his affair in the 1990s with Monica Lewinsky, the president bristled at the suggestion that he still had amends to make. “Nobody believes that I got out of that for free,” he said. “I left the White House $16 million in debt.”

Clinton was promoting his new novel, The President is Missing, co-authored with James Patterson, when the conversation on The Today Show pivoted to the affair he had with the then-White House intern, which ultimately led to his impeachment in 1998.

Melvin wanted to know if Clinton felt a greater responsibility to speak out in the wake of the #MeToo movement, to which the former president crossed his arms and curtly said, “I don’t think it would be an issue because people would be using the facts instead of the imagined facts. If the facts were the same today, I wouldn’t.”

The anchor then read a section of an essay Lewinsky wrote for Vanity Fair, published in February, in which she revealed a diagnosis of PTSD following the scandal and described how her view of the affair had changed: “He was my boss. He was the most powerful man on the planet. He was 27 years my senior, with enough life experience to know better. He was, at the time, at the pinnacle of his career, while I was in my first job out of college.”

But Clinton told Melvin that he doesn’t feel a personal apology is needed. “No, I do not—I have never talked to her. But I did say publicly on more than one occasion that I was sorry. That’s very different. The apology was public.”

In his defense, Clinton cited the work he had done for women during his political career, including introducing a sexual harassment policy when he was governor, hiring two female chiefs of staff, and running an Arkansas attorney general’s office in the 1970s where women “were overrepresented.”

He said of Lewinsky: “I dealt with it 20 years ago plus, and the American people, two-thirds of them, stayed with me. I’ve tried to do a good job since then, and with my life and with my work. That’s all I have to say.”