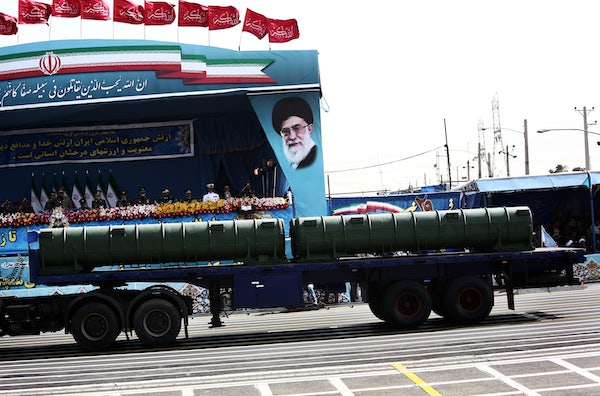 On Tuesday, Iran’s government announced it was resuming its nuclear enrichment capacity while staying within the guidelines of the 2015 agreement it signed with the United States and other world powers. “While Iran said it would keep enrichment within limits set by the 2015 nuclear accord,” The New York Times reports, “the center’s opening seemed to signal that it could swing to industrial-level enrichment if that agreement, which the United States withdrew from last month, should further unravel.”

Iran’s move does bring it closer to becoming a nuclear power, but even so they would still be far from having the fissile material needed for weapons production. In effect, Iran is still staying within the parameters of the 2015 agreement but now tip-toeing closer to the edge of what is permissible. This is a measured maneuver that seems to be designed to put pressure on the United States’ European allies to work harder to salvage the deal by raising the possibility of a post-deal future.

The danger of this tactic is that it’ll feed into a cycle of escalation. Israeli Prime Minister Benjamin Netanyahu, a vigorous opponent of the 2015 deal, is taking advantage of that possibility.  While visiting Europe yesterday, Netanyahu claimed that Iran’s leader Ayatollah Khamenei was pushing for “unrestricted enrichment of uranium in order to produce an arsenal of nuclear bombs.” In fact, Khamenei has not called for “unrestricted” enrichment, nor has he mentioned that the enrichment is for the production of nuclear bombs.

As with any arms race, the danger is that threat inflation and gamesmanship on both sides could cause the situation to spiral out of control. The Iranian move might have been made with a limited intent, but could could still spark an escalation.