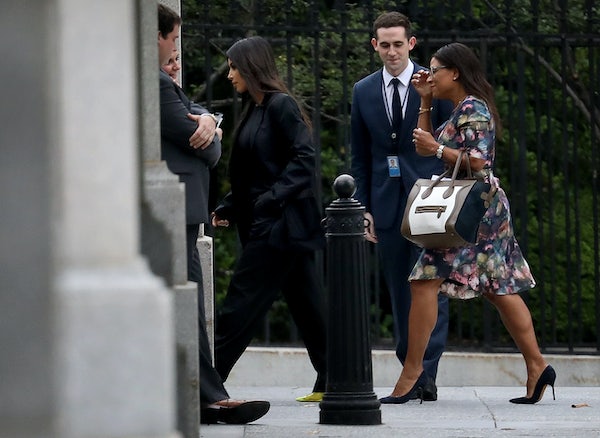 Trump is pardon-giddy. Is that a constitutional problem?

At the behest of his new celebrity pal Kim Kardashian, the president is leaning towards pardoning Alice Marie Johnson, who is serving a life-sentence for drug possession and money laundering. As The Washington Post notes, this is the latest example of Trump’s newfound fascination with the pardon power.

“Trump has recently become intensely focused on his ability to grant pardons, asking his lawyers to compile a list of candidates,” the newspaper reports. “A White House official this week said Trump is ‘obsessed’ with pardons, describing them as the president’s new ‘favorite thing’ to talk about. He may sign a dozen or more in the next two months, this person added.”

The danger, of course, is that Trump will use the pardon power to thwart special counsel Robert Mueller’s Russia investigation. Trump could pardon his cronies or even (as he has suggested) himself.