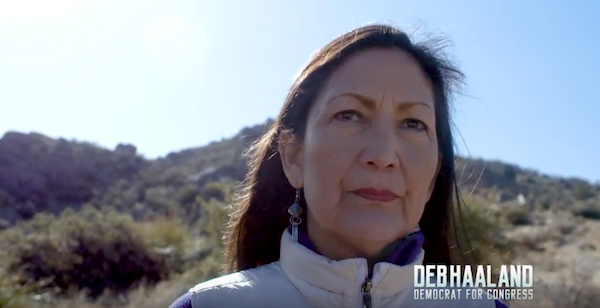 Will New Mexico give America its first Native American congresswoman?

It looks likely. As HuffPost reported on Tuesday night, Deb Haaland won her Democratic primary to represent New Mexico’s 1st Congressional District. The district is deeply Democratic, and Haaland is expected to win the general election with relative ease.

Haaland, a single mom based in Albuquerque, is an enrolled member of the Laguna Pueblo tribe. She chaired New Mexico’s Democratic Party from 2015 to 2017 and was the Native American vote director for Barack Obama’s presidential campaign in 2012. That’s in addition to her nearly two decades of volunteering on Democratic campaigns and her failed bid for lieutenant governor in 2014.

There are currently two Native American representatives in the House — both are men from Oklahoma.

Meanwhile, the voters of Idaho may elect the nation’s first Native governor this year. Paulette Jordan won the Democratic primary in May, and will face Republican Brad Little in the general. Idaho is conservative, but as Vox noted at the time of Jordan’s victory, the state’s demographics are changing, and Jordan represents a new, left-leaning populist wave within the Democratic Party that could play well with voters.