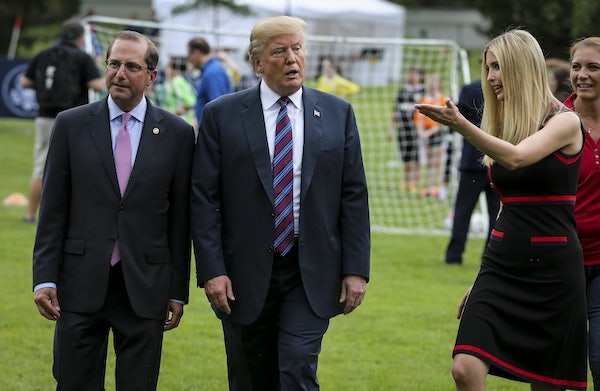 Until now, Donald Trump’s favorite daughter has avoided the shadow cast by the ongoing investigation into the campaign’s Russian ties. But on Wednesday, BuzzFeed broke the story that Ivanka Trump connected her father’s lawyer Michael Cohen with Russian wrestler Dmitry Klokov, who tried to orchestrate a meeting in 2015 between candidate Trump and Russian president Vladimir Putin.

“There is no evidence that Ivanka Trump’s contact with the athlete—the former Olympic weightlifter Dmitry Klokov—was illegal or that it had anything to do with the election,” BuzzFeed notes. “Nor is it clear that Klokov could even have introduced Trump to the Russian president. But congressional investigators have reviewed emails and questioned witnesses about the interaction, according to two of the sources, and so has special counsel Robert Mueller’s team, according to the other two.”

For his part, Klokov denies sending emails to Cohen (despite the fact that copies of these emails have been viewed by BuzzFeed). “I don’t understand why you ask me about this,” Klokov complained in a text message to BuzzFeed. “I’m weightlifter, not a political.”

Many details of the story remain murky, but the new facts solidify some key narrative points in the Russia investigation: The Trump Organization was hungry to set up a deal to build a Trump Tower in Moscow, Trump’s family and cronies competed to help facilitate this deal, and Michael Cohen served as go-between for outside interests and the Trump family. Whether or not there was any wrongdoing remains to be seen, but we are getting a clearer picture of the interests in play as the head of the clan ran for president.