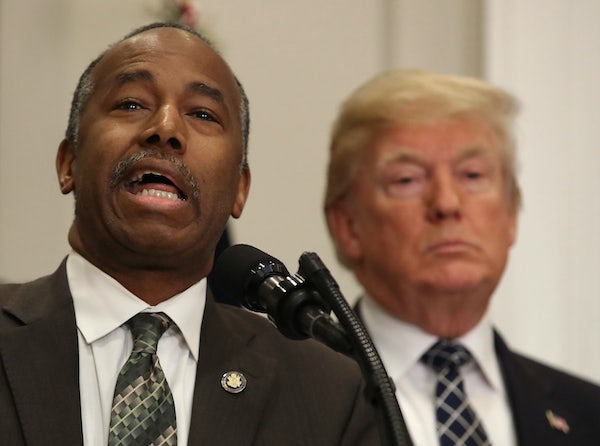 Back in April, the Housing and Urban Development secretary announced the “Make Affordable Housing Work Act,” legislation intended to incentivize public housing tenants to find work. The legislation, if passed by Congress, would bump rent to 35 percent of the renter’s income—a 5 percent increase—and axe deductions for medical and child care.

But new research from the Center on Budget and Policy Priorities (CBPP) finds that the plan would cause low-income people living in the country’s top 100 metropolitan areas to pay 20 percent more in rent per year. “That rent increase is about six times greater than the growth in average hourly earnings, putting the poorest workers at an increased risk of homelessness because wages simply haven’t kept pace with housing expenses,” the Associated Press reported.

“I saw public housing as an option to get on my feet, to pay 30 percent of my income and get myself out of debt and eventually become a homeowner,” Ebony Morris of Charleston, South Carolina, told the AP. “But this would put us in a homeless state.”

HUD says that elderly and disabled tenants would be exempt from the plan, but CBPP found that 314,000 households would be at risk of losing their elderly and disabled status, with little or no means to raise their wages to coincide with the price hike. “Raising rents on low-income people would force them to divert resources from other basic needs and expose some to eviction and homelessness,” wrote CBPP senior policy analyst Will Fischer.

The report is unlikely to dissuade Carson, who is, in The New York Times words, “resolute in his belief that too much government assistance has led to too much dependence.”

“We have some people who are mentally ill. We have some elderly and disabled people. We can’t expect in many cases those people to do a great deal to take care of themselves,” Carson told the Times, but added, “There is another group of people who are able-bodied individuals, and I think we do those people a great disservice when we simply maintain them.”