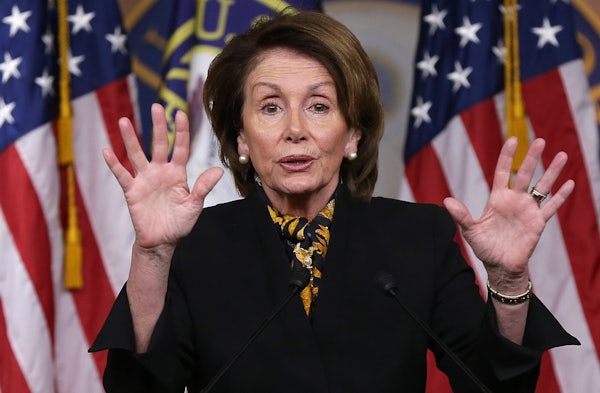 Why do Democrats love pay-go?

House Minority Leader Nancy Pelosi and House Minority Whip Steny Hoyer on Wednesday both said they’ll back pay-go rules if they regain control of the House this fall, meaning that all proposed legislation will have to be deficit-neutral.

“Democrats are committed to pay-as-you-go,” Pelosi spokesman Drew Hammill said Tuesday, affirming the policy would be a 2019 priority.

Rep. Steny Hoyer (D-Md.), the minority whip, is also endorsing the notion that a Democratic majority should adopt the budget-neutral rules next year.

“The pay-go rule is a good rule and we ought to reinstitute it,” Hoyer told The Hill last week.

Pay-go, as defined by the Tax Policy Center, is a budgetary rule. Congress can only spend money if it makes up for the loss by either increasing taxes or cutting spending in some other area. It’s a version of austerity, and Democrats have adopted the rule before, in a bid to appease Blue Dog budget hawks and other centrist elements of the party.

But large deficits are not inherently bad. Their support for pay-go places Pelosi and Hoyer firmly out of step with their own base, which wants expanded government subsidies for health care, job programs, and more, and doesn’t want those initiatives to come at the cost of other parts of the welfare state. It comes as their counterparts across the aisle blow up the deficit to slash taxes for the wealthy, reinforcing the notion that only spending programs have to be paid for. And if they propose ambitious legislation, it will have to get past Donald Trump anyway. So why are Democrats putting more obstacles in their own way?