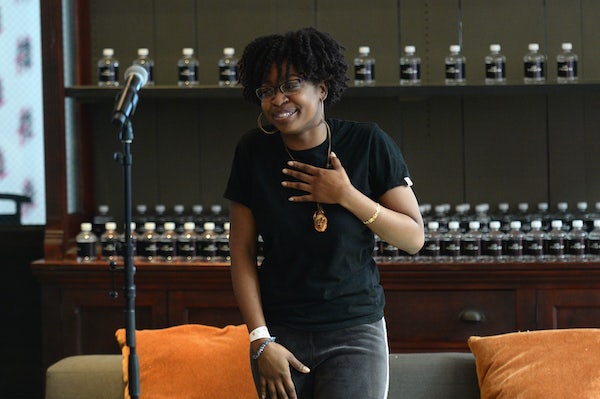 Poetry is back. Does social media deserve credit?

The National Endowment for the Arts reported Thursday the results of a survey showing that poetry reading is rising sharply among American adults. A previous survey in 2012 showed just 6.7 percent of Americans read poetry in the previous year. In the new survey, that number jumps to 11.7 percent. There were particularly strong showings among women (14.5 percent), African-Americans (15.3 percent) and those with graduate or professional degrees (19.7 percent).

Speaking to the Art Works Blog, Amy Stolls, the NEA Director of Literature said, “I suspect social media has had an influence, as well as other robust outreach activities and efforts, many of which we support through our grants to publishers and presenters, fellowships to individual poets, Poetry Out Loud, and the NEA Big Read.”

The new poll numbers come in the wake of a spate of reports on poets using social media to find a new audience for their lyrics and odes. “Poetry seems to be experiencing a renaissance online,” an Instagram bard who goes by named Atticus told the website IQ.

“Poetry is going viral,” Publishers Weekly reports, adding that social media poetry “is suddenly everywhere: on Instagram, Facebook, Twitter, and increasingly in print, too. These short, snappy poems, often accompanied by illustrations, are shared by countless readers every day. The better known social media poets can have online followings that number in the hundreds of thousands.”