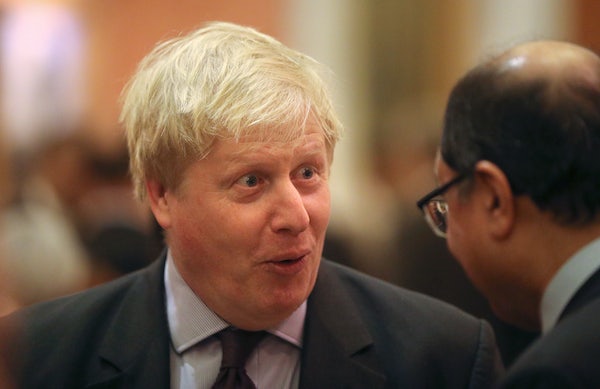 Johnson, the foreign secretary of the United Kingdom, is famously indiscreet. But he let more cats out of the bag than usual in a Wednesday meeting of Conservative Way Forward group, a leaked audio tape of which was obtained by BuzzFeed.

The biggest revelation is that Prime Minister Theresa May will be unveiling a counter-Russia policy agenda at the G7 meeting this coming weekend. “She will be putting forward a British plan that will have global support to set up a rapid response unit to identify Russian malfeasance… whether it’s cyber warfare, assassinations, calling it out and identifying it,” Johnson told the group. “One of the problems is Russia is so good at spreading violence. They’re brilliant at it. We need to identify it and call it out.”

Indicating that his government was deeply divided on Brexit negotiations, Johnson admitted it might have to settle for a compromise that many hardliners, himself included, with be unhappy with. The likely outcome, at least in the short run, leave Britain “locked in orbit around the EU, in the customs union and to a large extent still in the single market.”

Johnson also blabbed about speaking earlier that day to American Secretary of State Mike Pompeo who asked Britain to “use our nuclear expertise to dismantle Kim Jong-Un’s nuclear missile.”

The foreign secretary spoke highly of Pompeo’s boss. “I am increasingly admiring of Donald Trump,” Johnson said. “I have become more and more convinced that there is method in his madness.” It’s hardly unexpected that Johnson would admire a reckless wild-haired politician prone to bluster and gaffes.