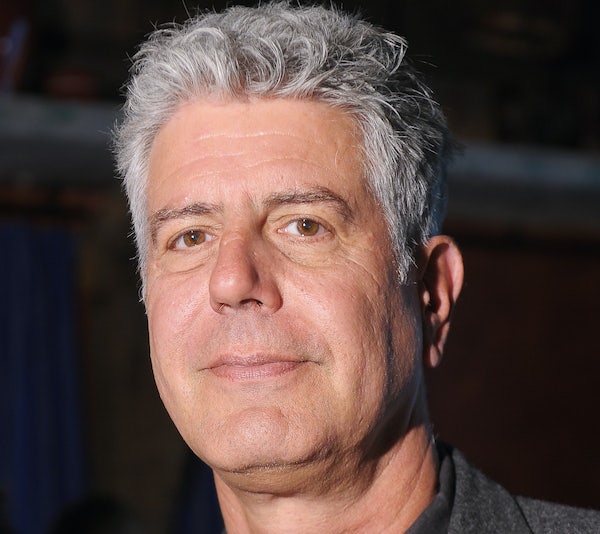 Anthony Bourdain, dead at 61, was a chef who became his generation’s best television journalist.

CNN is reporting that Bourdain was found unresponsive in his hotel room in France by his friend and frequent travel companion Eric Ripert. They were in France to film an episode for Bourdain’s CNN series Parts Unknown. The reported cause of death was suicide.

Bourdain rose to prominence in the early 2000s as the author of Kitchen Confidential, an autobiographical tell-all of the restaurant industry that exposed its seamy underbelly (drugs, sex, parasitic swordfish worms) and inaugurated a wider cultural fascination with the world of professional cookery. He was one of the original celebrity chefs, and could have easily made a fortune hawking cookbooks and hosting culinary battles for the rest of his life.

Instead he became ... a journalist. His original forays into television (A Cook’s Tour, No Reservations) focused on food and travel, and Parts Unknown still featured Bourdain tucking into local fare and drinking copious amounts of alcohol. But he ultimately transformed into one of the best journalists in the business, offering supple portraits of some of the world’s most complex countries, all while bringing his own earthy, sophisticated viewpoint to bear. He’s possibly most famous for the No Reservations episode that chronicled Israel’s 2006 war with Lebanon, which somehow provided more insight than most news outlets despite the fact that Bourdain and his crew were trapped in a luxury hotel. But there were so many more—episodes in Iraq, Israel, and Vietnam come to mind. Most recently, he toured Trump Country and has been at the forefront of bringing the restaurant industry to account for its longstanding culture of sexism and harassment.

We don’t know why Bourdain decided to kill himself. We do know that he struggled with addiction as a young man. We know that the designer Kate Spade killed herself earlier this week, perhaps awakening some latent impulse on Bourdain’s part. And we also know that, despite having what would seem to be the most enviable life in the world, it came with costs. The underlying theme of Patrick Radden Keefe’s great profile of Bourdain, which you should read, is that his fame compromised his connections to the people closest to him—to his partners, to his child. As his former wife Nancy Putkoski said, “I just didn’t anticipate how tricky success would be.”